Based on real events, this crime action film depicts a Seoul detective’s attempts to keep peace while two Chinese-Korean gangs battle over turf in the neighborhood. – IMDB

Lead by Dong-seok Ma, the actor known for his supporting role in Train to Busan comes this action-packed thriller that finds a nice balance between action, gritty gang tension and still building up a story around characters with a lot of presence. The Outlaws is set in the Chinatown area of South Korea where the gangs riff about territory. The Venom Gang and the Isu Gang each have their own turf dominantly While they try to overstep occasionally, rough and tough detective Ma (Dong-seok Ma) manage to keep them in line with his bigger and badder cop treatment. However, when a mystery three Chinese-Korean psychotic gang calling themselves the Black Dragon gang lead by a Chinese wanted gang member Gang Chen (Kye-Sang Yoon) posing as debt collectors initially hit town to create an imbalance and carve out their own world, the gang and cops both are sent into tension and lose control. These guys are violent without limits in the most extreme ways. What follows is not only a well-paced action thriller full of tension but also one chock full of comedic one liners. 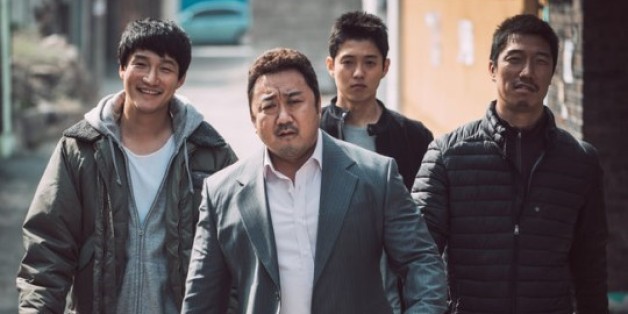 The story of cops and gangs aren’t exactly new. It is also hard to determine how truthful it is based on the real events. However, brutal gang films like Hong Kong’s Election that dive deep into the violent world of cops and triad gangs are a great example of what this subgenre can achieve.  While The Outlaws has its brutal moments, it also balances it out with the charismatic humor as relief from the more tense moments. It also helps that the film is set over a fairly restricted area with each gang’s main turf business and the same Chinatown area or the Serious Crimes Unit trailer office. Its keeps the film easy to follow with all these elements constrained. 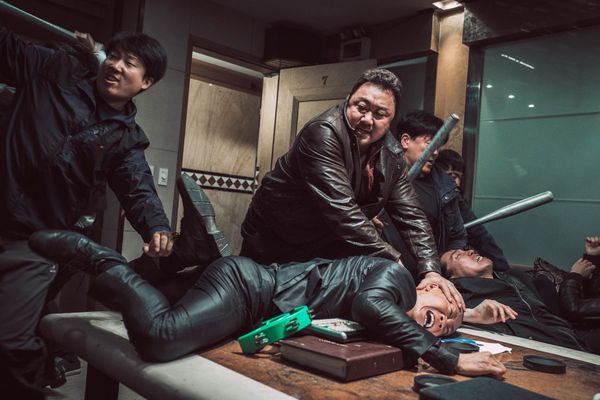 Fundamentally, what carries The Outlaws is its characters, which have a massive on-screen presence. The first is the impressive Dong-seok Ma as Detective Ma who is physically and mentally a huge character. He has quick reflexes but also exhibits immense strength and unexpected ways of dealing with the tough gang members who all seem so much smaller in his presence. His one liners and casually violent reactions relieve tension in a moment and honestly carries a lot of charm. Playing essentially opposite him is the leader of the Black Dragon gang Jang Chen portrayed by Kye-Sang Yoon. There is praise to be made about an actor who can instill fear and uneasiness without a lot of dialogue and this is what Jang Chen’s character is, a man of few words but yet his actions, reactions and expressions are enough to show the psychotic imbalance and depth in his character.

The Outlaws reminds us that action thrillers can be both clever and entertaining. Both the outstanding cast and the well-paced movie makes 2 hours fly by with funny one liners and great action pieces. There is tension, comedy and heartfelt moments in all of the South Korean entertainment glory. How can you fault any of this? It is just the perfect balance of everything.