Are you ready? This past month was so busy that I’m still trying to get grips and find back all the energy. Its why well…a lot of things have been behind. The one thing that we haven’t left behind is the heat wave because its still as present as ever. Not really a bad thing because I can now have time to go back into the pool once I catch up a little more. This post might be a little heavier on the Instagram since its easier to do that than to just keep uploading photos. Its going to be heavy on pictures on the things that happened. To be honest, Fantasia took up most of my life so not all that much happened.

Boy was this a festival and a half this year. I pushed really hard and covered 5 more movies than I normally would. Of course, I had work because if I didn’t, I would be at the screening rooms and covering even more. However, this year was a really nice selection of films. Most of the films delivered fairly well. There were some odds and ends that didn’t quite land as well for myself. I probably will still do some sort of Fantasia wrap-up within the next week. Its a little after the event but I still would like to highlight some of the films.

As for my Instagram game, I even impressed myself when I went to do some press work and took pictures of the directors and cast and such whenever they were present.

@fantasiafestival is in town! Just saw #Nightshifter a #Brazilian #horror #film and heres a shot of the #FantasiaFest showrunner with the #director Dennison Ramalho . Review coming up very soon!

One of the #closingfilm of @fantasiafestival is #BigBrother. Director Ka-Wai Kam hosted thie #worldpremiere film that delivers a positive message with the #outofthebox role for @donnieyenofficial as a #teacher #youcandoit #fantasiafest #HongKongFilm #HongKong #movie #film #drama #action #education

So yeah…A lot of fun times here. I didn’t take any pictures with the cast and crew although you could, except for the director of Big Brother but then my shyness came out since I’m really a behind the scenes person (except when I do Game Warp, I guess). That picture is just for myself since I looked like an elephant. The roster of lists from when I posted the Weekly Adventures a month ago definitely did end up changing a little since I ended up missing a few other films but adding in some other titles.

You can find all the reviews now. The full roster of films: A Rough Draft, Big Brother, Bleach, Cam, Fireworks, Knuckleball, Laplace’s Witch, Lifechanger, Nightmare Cinema, The Nightshifter, Our House, The Outlaws, Playing Hard, Pledge, Rondo, Searching, Tigers Are Not Afraid, Under the Silver Lake, The Vanished, The Witch in the Window.

One of my best friends had her wedding in Toronto. It  was absolutely lovely despite the heat with both the church and the dinner reception. These moments also have the time to see everyone dressed at their best and partying together and wishing happiness for our dear friend as well. It was a great time. Of course, it helps that my husband also was able to be there. I talk about that a lot but thats because my husband used to work the graveyard shift so now its always grateful to have this new shift where he can live normal human hours and do things and attend events. 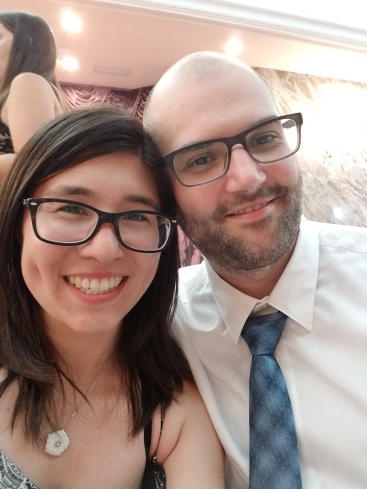 Some people take for granted how amazing it is to spend time with the ones we love but sometimes different situations make it hard but hey, you work through it and it all comes together in the end. Rambling again… 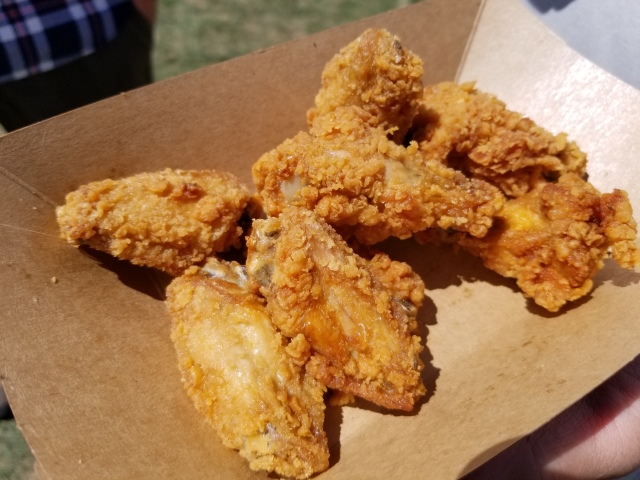 Every year, the last weekend is always a busy one. We would hit two festivals. This year, we decided to not head out to the Matsuri Festival. A few key reasons is honestly the crowds and the parking and the traffic going out since road works are ridiculous right now. So, we went to check out earlier the Brossard Festin Culturel  which is a cultural festival in the Montreal suburbs. Its primarily a family event and this year, it moved locations so we wanted to see how it all went down and actually this new location works really well, even better than before. We tried out some cool restaurants also and enjoyed the sun a little and walked around. Fun times! 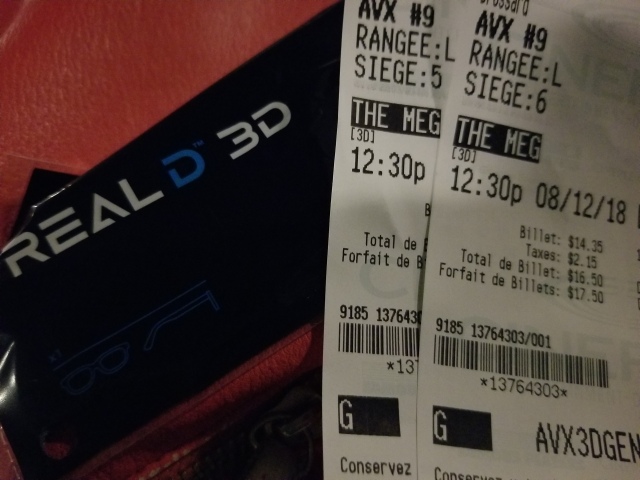 I feel like every time that I tell you all about going to the theatre it will be for some popcorn flick where its not outstanding terms like Oscar films but just a pure entertaining film. Most of the films that I look forward to and will watch in theatres (aside Fantasia) is honestly films that I feel the big screen will make a difference. Just to be clear, my suburban theatre only offered UltraAVX and 3D had more choice in times than the normal which had one showing only. Either way, I don’t really regret it at all. The experience for The Meg was quite unique since I honestly really got into the film and had some moments where I literally was startled and jumped back in the seat. Its a pretty awesome shark film experience. I know this movie has its issues. Either way, my review will be going up. In the meantime, we did a Movies and Tea After Hours kickoff show reviewing The Meg that literally just went live today.

I’ll still reblog the post tomorrow or something but just to have a fun listen!

In case you missed the announcement post a few weeks ago, we are officially on Facebook! It was meant to happen eventually but you know circumstances changed  for Facebook linking here so I got that set up quickly. Head over and give us a like or follow! I’ll share random stuff there every once in a while so it’ll be a fun time. Check it out HERE.

That’s it for this adventures! 🙂
Things are getting back on track. Hopefully summer has been treating you all fantastic!

Big Brother is an unexpected title in Donnie Yen’s filmography however, also one that he has been wanting to do. It is about education and sending the positive message that everyone can follow their dreams even those left behind and ignored by the very competitive Hong Kong education system. It only takes an honest and passionate educator to go beyond their duties to make sure their students go back on the right path. Playing as Mr. Chen, Yen’s role is one that marries the sparse but exciting action scenes that we have come to expect with a more profound dramatic moments focussing specifically on five of the students considered the losers in the “bad” class. His heartfelt performance has some comedic moments especially in the unorthodox way of teaching which fits incredibly well to this out of the box character.

While there are some cameo and supporting roles with more seasoned actors and actresses especially the Taiwanese actress Joe Chen as one of the teachers and Fung Woo as the ex-principal in an inspiring role as well, the five young actors are all first time actors. This decision is a smart one to keep their stories feel real and genuine.  While some of the stories feel dramatized for the movie, the reality is that in the Hong Kong society, their stories are common: alcoholic dad; Hong Kong born Pakistani origins; daughters feeling less important than sons and the high risk of the triad preying on high school students to get them to do their dirty work. For these young cast, they did a great job at each of their respective roles as they each had their own dreams which broke the barrier of the expectations of where they are from. 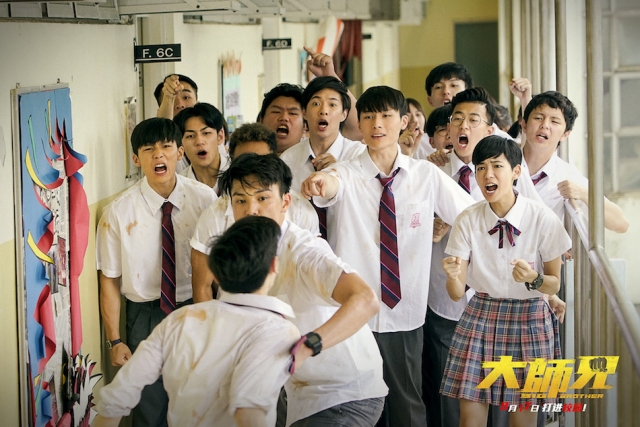 A lot of praise does have to go to assistant director turned director Ka-Wai Kam as he steps into the director’s chair a fourth time with this project. It is obvious that he has a lot of experience tucked away with the way he maneuvers his shots to capture the moments. He finds a way to add in the action seamlessly to a more dramatic film while not forgetting the focal point of reflecting how a flawed education system breeds the issues that are occurring and puts its focus on a few members to give these characters their well-deserved development and never making them feel disposable. Not to mention, the scenes itself speak for themselves and how these vibrant characters have connected with its audience.

World premiering at Fantasia Festival a whole two and a half weeks before its release in Hong Kong, Big Brother brings both heartwarming and heartbreaking stories about some very real and human everyday life aspects of the Hong Kong education system, the criticism towards its teachers and the society views of it all.  Add this to your collection of inspirational education movies like Freedom Writers, Big Brother might have some societal barriers to understand some of the finer details but its heart to bring a positive message and highlight the flaws in the current education system is one that needs to be addressed. It takes one person willing to go above and beyond to make a difference. It’s perfectly suitable for Donnie Yen. Big Brother is a positively inspiring movie that manages to tug at your heartstrings and cheer for following your dreams and paying it forward.