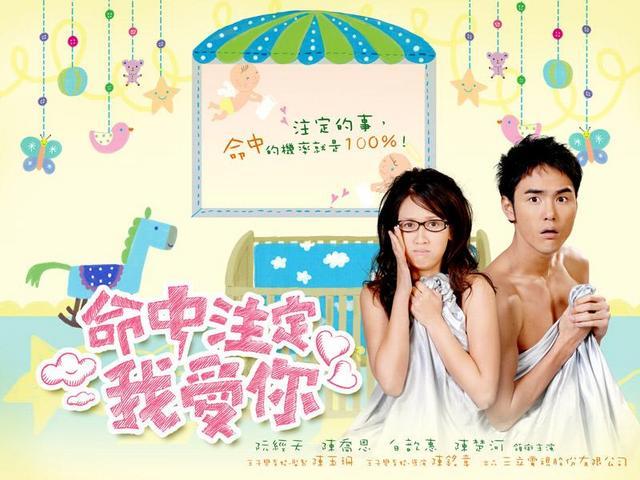 An ordinary girl marries a handsome heir after she became pregnant with his child from a one night stand. – IMDB

Back in 2008, You’re My Destiny was a big deal. I only remember because a lot of people were talking about it but I was in the phase of moving away from Taiwanese dramas so I never caught onto it until last year and recently rewatching it this year.

You’re My Destiny, which I remembered was called Fated to Love You is about an ordinary working class girl called Xin Yi Chen (a name that they emphasize is about as normal and regular as there are a ton of them in every location) who is what they would call a “sticky note girl”, who is a girl that just follows other people’s instructions and helps every way they can and doesn’t’ have a personality of her own. The set-up is that she goes on a cruise with her boyfriend to hopefully hold his heart but then due to all kinds of coincidences, she ends up meeting a the sole heir of a personal hygiene (most known for their natural soap) company Cun Xi who has been ditched by his girlfriend Anna and also through all kinds of coincidences, has a one night stand where she later finds out she gets pregnant and they are asked to get married. Can a baby bring together two people who don’t love each other?

39 episodes for any romantic comedy/drama series is always a bit on the long side. You’re My Destiny definitely feels like it runs a bit too long. It was much more fun before the whole separation, which while was needed the whole part in Shanghai went on probably a few episodes too long. The character development needed the shift but at the same time, the whole coming back together process in the portion after then took up a lot of time and felt like it dragged on for too long for the sake of adding in unnecessary drama, even though it did make the effort through it to take its time to address all the loose ends from Dylan (2nd male lead character) search for his sister and settling Cun Xi’s girlfriend situation as well as giving his assistant, his grandma and Xin Yi’s sisters all having some kind of wrap-up.

As with most TV dramas, its all about the characters and their chemistry because that is what builds their ships. You’re My Destiny, where this is the original version, has some really nice characters. It has a lot to do with its cast. The ones that excel has to go to Joe Chen as the female lead as well as one of Baron Chen’s first roles as the second male lead as Dylan. Ethan Juan as the first male lead Cun Xi actually out of character design is the type of character that is hard to fight for because he treats Xin Yi really bad for the majority and is a rather selfish character, bad in communicating his feelings or even being honest with his feelings. 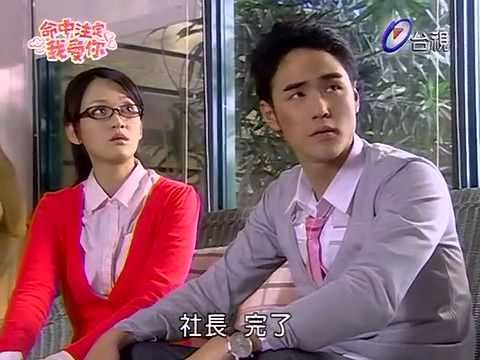 The first pairing to look at is the first female/male characters, Xin Yi and Cun Xi who has a fairly gradual development in their relationship especially as they get married due to an accidental pregnancy. However, it goes through a lot of bumps as it starts off with the anticipation of a divorce after the whole deed is done. Suffice to say all Cun Xi’s idea and the way he treats her makes it hard to root for his success in the second half of the series when it takes part when Xin Yi transforms herself into Elaine after a story plot transition. While parts of his resentment does make sense, its also a very spoiled character for Cun Xi that makes his character difficult to like, but elevates the other supporting characters like his grandmother or assistant that points these things out to him as he slowly (I mean really slowly) figures things out. 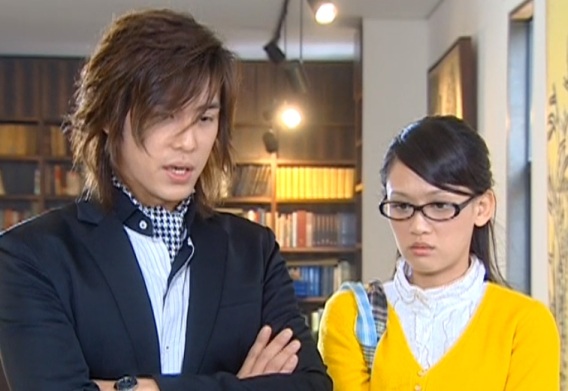 The next pairing is the rather one sided love of Dylan (played by Baron Chen) to Xin Yi which is brought together some kind of destiny as well. Dylan is the typical type of fantastic second male lead that feels very perfect both in his more mature approach to different dilemmas and being there for Xin Yi whenever she needs help and is neglected, as well as his willing to help her achieve her happiness regardless of his own and trying to make Xin Yi better. Everything that you’d want from a relationship for a lovable female lead like Xin Yi who feels very innocent but is somewhat bullied in her relationship. Call him her guardian angel or her ultimate support and backup but they were the relationship that we want to happen but of course, doesn’t.

There are some sweet moments between both of them regardless of the couples. Was there great chemistry between any of these pairings? They are some very good swoon-worthy ones. At the same time, some of the chemistry between the family relationship especially bringing in the element of Cun Xi’s grandmother who is the overdramatic and manipulative element that propels the story forward as well as Xin Yi’s family from her sister’s in-laws to her 2 sisters to her mother all adding quite a lot of comedic elements here. And well, there’s this somewhat square relationship so we can’t ignore Cun Xi’s actual girlfriend Anna who also wasn’t present enough but felt like she had a similar type of character to Cun Xi due to her selfishness and living by her choices and trying to play the pity card when things don’t go to her plans.

You’re My Destiny 2008 is the original version of this story made in Taiwan and holds the record for a highest average single episode rating. No doubt Joe Chen and its array of supporting cast with a lot of acting credits at the time of the airing that brought in a lot of its initial hype, this drama really shines because of her role as Chen Xin Yi. It brings out a type of girls and the chemistry works a lot because of her character development and the balance of comedy and romance. The series does do a change in between as the main couple separates and it can get frustrating watching now with the whole bad communication causing a lot of the issues here especially by the male lead that makes the story drag on at times. The series itself could definitely have benefited from wrapping up the last 10 episodes faster paced. Does it quite live up to its hype? I have to say that in the 2000s, there’s a lot of other series that probably delivered better especially on rewatchability. I rewatch this one mostly for Joe Chen and Baron Chen’s performances and the hilarious grandmother role that cracks me up all the time.