The next round of Opinion Battles is here! Its Round 15 and we are talking about our favorite Pixar movies! This was a hard choice especially since everyone else’s choice are equally great but Up has a special place in my heart.
Head over and check out the other choices and drop a vote!

With Finding Dory finally making it to England it is time to go into Pixar’s back category and pick our favourite of the company’s short history. They have broken our hearts over and over again bringing tears to our eyes many times.

If you want to take part in the next round of Opinion Battles we are celebrating the release of Suicide Squad by looking at our favourite villains from a Batman movie, the closing date is 6th August 2016 and email your choices to moviereviews101@yahoo.co.uk 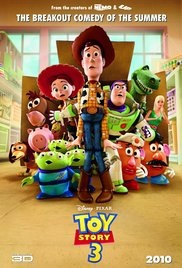 Toy Story 3 is the third chapter of the adventures of Woody and Buzz Lightyear who find themselves in the day care centre because Andy has reached college age. The fact this film represents the stage of life where we move on and will no longer need toys in…

Next up in the Disney project is Fantasia! I don’t watch Fantasia a lot but there is no doubt that being immersed in the classical music world since I was a little girl taking piano lessons and whatnot, there is a lot of nice memories of the music used here. Fantasia is known for The Sorcerer’s Apprentice.  I mean, I even have Sorcerer’s Apprentice Mickey in my Disney plush collection. Its definitely a musical journey.  Its one that focuses on interpreting music rather than in any dialogue because other than the narrator in between, there isn’t any talking going on.

A collection of animated interpretations of great works of Western classical music.-IMDB

How do we talk about a collection of animated interpretations? Its tough.  I can tell you which are my favorites or I can run through all the short features. I can even talk about the musical pieces they chose here and the stories they told. So many different approaches and yet, I’m going to do this in a even more simple way: a list from my favorite to least favorite.

Fantasia is a collection of 8 pieces.  It has an intermission in the middle and comes back with a little segment with a little guest called “soundtrack” that pretty much shows a sound wave interpreting the different instruments in the orchestra.  Its a fun and playful little part that is a great addition before jumping back into the main thing, especially with a little jam among the members of the orchestra with a fun little tune.
Before I continue my rambling, here is the list:

My favorite Fantasia segment without a doubt is the Nutcracker Suite by Tchaikovsky with the fairies and the flowers and the mushrooms.  Its amazing and beautiful to watch.  The music is cheery and moody and so beautifully crafted.  Its one of my favorite pieces and every Christmas I try my hand at improving Dance of the Sugar Plum Fairy just a little bit more and on the years, I watch Fantasia, there isn’t one time I don’t pull out my Nutcracker Suite piano pieces and give it another go.

However, a rather close second that always makes me gush and fall in love a little is the wonderful Pastoral Symphony with the colorful pegasus and their cupids, centaurs and then what I assume is the Greek Gods playing with lightning while everyone on land has to avoid it.  Its a ton of fun to watch and a rather adventurous and cute one at the same time.

Those two are the front runners of the collection here.

After this, it starts to be a little harder to differentiate.  Talking about a good time, packing in a little bounce to our step while we watch is Intermission/Meet the Soundtrack (which I talked about earlier) and Dance of the Hours, which is literally a dance with different animals and shades to signify the change in the day.  The piece is fantastic.  It also has some iconic scenes from Fantasia that many know about. Toccata and Fugue falls into this category as well being the one that incorporates the orchestra fading into the natural environment using weather as a main theme.

Talking iconic scenes, its hard to put Sorcerer’s Apprentice so low in the list but its one that is fun to watch but also has  lost its magic a little. While Night on Bald Mountain/Ave Maria is a great combination to wrap up the show.  Its not my favorite but that is only because the contrast sometimes makes me fall a little tired.  Ave Maria always has that power to make me get a little hypnotized in its hymn.

And there was no doubt that Rite of Passage, being a little closer to the middle of the pack always knocks me out with boredom and frightens me awake with the aggressive music.  However, we can’t fault it completely because Stravinsky’s piece does carry that feeling.  It has dinosaurs and the heart of the story is in the right place.  Its the music and the pacing that makes it hard to watch.  I usually pause it after Sorcerer’s Apprentice and Rite of Spring to make sure I have some energy to carry on the second half.

With that said, Fantasia is a beautiful addition but one that I usually take in doses.  A collection of stories means you can do that and take a breather between the pieces before moving onto the next to fully appreciate it.  It has a balanced spectrum of a range of emotions it tries to portray while telling its stories and interpreting these Classical pieces.

Have you seen Fantasia? Which is your favorite segment?