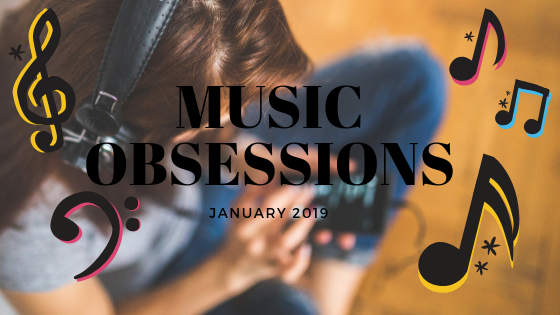 2019 is here! A new background for the banner of this segment as well. I think it matches well for it and adds a little change. I shared a lot of music last month for Christmas and for normal stuff. We are continuing on now into January. I’m going to be honest that my listening habits haven’t really changed much. I’m still very much into the An Oriental Odyssey soundtrack with a few other songs that I’ve found here and there.

Aside from that, I posted on Instagram that I did cleaning and dug out all my music albums and found all my Nicholas Tse albums, which is quite numerous so I’ve been going through the albums again. I’ll share some of the music for next Music Obsessions.

Its a more balanced mix this time around between Chinese music and other stuff. Let’s check it out!

I first heard this song in Love O2O and its a catchy and cute song. It reminded me a lot of this year’s Learn to Meow that I had shared a few months ago. This one might actually be a little more cute especially since the lyrics are very sweet. Match the title of the song which translates to “A Little Sweet”.

I’m still getting over An Oriental Odyssey ending and slowly rewatching it but then I’m focusing my efforts on a lot of backlog thats been so long that I need to rewatch to be able to write about. However, its soundtrack is just so fantastic that I keep listening to it. My last two weeks have been a true obsession with listening to the ending theme (as well as the opening theme since I love that one the most and shared it last month). It has a very oriental feeling with some traditional music bits to it.

Mike Williams has been fire this year. He has dropped a lot of music that I’ve liked a lot in 2018. Most of them end up in my faves. I liked it before but I feel like he is really finding his space and getting better at making some very coherent music, at least matches my tastes in electronic music.

One of the guests that landed on The Inn, which I’m currently watching was Yoja Jiang who talked about her struggles as a musician. Because of that I started looking up her music and found this single. I love her style of music and the way she sings. It is unique to her and I guess that is why it might be harder to yield a fanbase. Either way, this one has been playing on repeat for a while. I like the rhythm and the lyrics quite a bit.

Its been a while since I’ve listened to Chromeo. They had some huge hits and then kind of fell of my map at least for a while. I’m not sure how I found this one, maybe through looking at other music or listening to their previous hit on the radio or something and went looking for some new stuff. Chromeo has a very unique style, a little nostalgic and slightly funky. I like this one quite a bit.

That’s it for January 2019 Music Obsessions!
What have you been listening to? 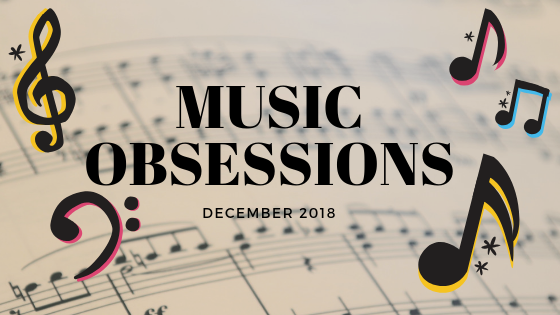 A bit of a change this December. While I usually have this month’s Music Obsessions completely dedicated to holiday music but I decided to do a separate post for it closer to Christmas since I have some other stuff I’ve been listening to. So here we are!

We’re back to some more hardcore music than the last two months. KURA’s latest track is absolutely catchy and I’m loving it so much.

I’ve been a fan of Nicholas Tse’s since a long time. While he hasn’t been doing much in the past few years, its nice to see that the past year or so, he has been getting back to his roots and making some really meaningful stuff. This song gives tribute to Hong Kong. Its absolutely fantastic.

All Out of Love has ended as this post goes up. A little near the end was when we started looking back at another plot line and that is when this song showed up. I honestly think its a great song on how its performed and the lyrics and just everything about it.

Netflix just picked up Love O2O, which is a 2016 Chinese TV series which I binged in the most epic way. Its fun and awesome and sweet and just all the best adjectives I have of it. With that said, the soundtrack is also fantastic. This one is awesome and is sung by a few of the supporting actors and its so fun and matches the TV series tone so much.

Hands down my obsession for the second half of November in terms of TV series. I usually avoid TV series set in ancient China unless it has some historical drama value because those ones done by China is really good and mostly accurate, except for a few dramatization. However, this one is based on a fantasy novel. As you all know by now, my TV series are chosen based on some kind of link of the previous TV series that I watched so I started to watch this because its main lead (who I never thought was the main lead since his parts are fairly sparse) Yecheng Zheng that I liked in Love O2O as a supporting role is here. Its pretty lighthearted and quirky for the most part.

This wraps up this month’s Music Obsessions!
Before we hit 2019, look out for the music obsessions special for Christmas Music soon-ish!