Welcome back to another double feature! Today, we are looking at an interesting pairing to say the least. One is a creature feature with alligators and the other is another Transformers movie but more of a spin-off of how Bumblebee ended up on Earth. Its a pretty fun double feature

A young woman, while attempting to save her father during a category 5 hurricane, finds herself trapped in a flooding house and must fight for her life against alligators. – IMDB

While sharks are primarily the star of creature features, Crawl takes on a lesser used monster as it takes a disaster film and pairs it with a horror film where a father, daughter and their dog gets trapped in their basement crawl space and hunted down by alligators during a Category 5 hurricane. As in any of these films, it is about survival. Directed by Alexandre Aja who is no stranger to directing horror films, Crawl takes on a decent form from the atmosphere and how the whole story goes as it builds gripping tension with these characters and this quiet predator.

Starring Kaya Scodelario as a rising swimming athlete in university called Haley who goes to check on her father Dave played by Barry Pepper, she ends up finding him in a crawl space unconscious and their own salvation is behind these pipes that the alligators hunting them can’t get through. As the crawl space fills up with water, they need to find a way to escape without being noticed by these alligators. Just looking at the character designs, it definitely feels like a rather contrived way to put a swimmer as a central character in a flood and yet, if you can get past that (and you should), Crawl manages to create some gripping moments and build up a decent  bit of tension while also making the whole crawl space experience to play well in the claustrophobic and time-sensitive situation.

There’s a lot to love about Crawl. For one, it uses a lesser used “monster” which definitely needs to be used more as quiet predators create some good surprise attack moments. At the same time, the characters are pretty good. While there is still some family drama to sort out between the father and daughter, the focus on survival is the priority. At the same time, the script makes an effort to give reasoning for why these alligators have gathered in this crawl space and it all does come together in the end. Plus, the director manages to not only use the crawl space and the claustrophobia of that setting to its potential but when it migrates out of there, it still manages to use its environment and the hurricane to its advantage as well. Crawl definitely delivers a great creature feature film that’s well worth a watch. 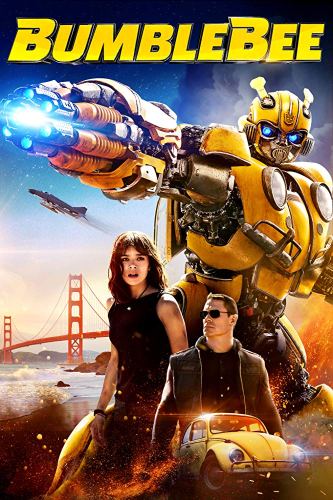 On the run in the year 1987, Bumblebee finds refuge in a junkyard in a small California beach town. On the cusp of turning 18 and trying to find her place in the world, Charlie Watson discovers Bumblebee, battle-scarred and broken. – IMDB

While I don’t have any major qualms with Transformers to this certain point but knowing that its really just mindless entertainment, Bumblebee is a whole different level. I guess nothing looks so bad until you find something better that comes along. Bumblebee is a fun movie and brings so much to the table because its so goofy and really about the unlikely friendship between Bumblebee and Charlie as she learns gradually about what he is, maybe not fully as this movie also shows how he loses his voice and ends up finding it again with the help of Charlie and her mechanic skills.

Hailee Steinfeld has gone a long way in her acting career. She’s had some misses, mostly due to the overall movie and not her. Bumblebee sees her in a blockbuster role that she really does take on very well. Her character is a tad bitter about her life with her own burdens in her current life situation while at the same time, her sarcasm adds to the humor especially when playing off of Bumblebee who also is discovering Earth and just how it all works despite his amnesia. Its a bit of a fish out of water story in a Transformer point of view and its executed so well.

If there was anything that I disliked about Transformers, it would have to be the annoying John Cena character which plays a little like Samuel L. Jackson’s role in Kong: Skull Island who pursues Bumblebee like he is a threat and the army gets manipulated by the Decepticons (because you know, who wouldn’t believe anyone called Decepticons, right?).

Overall, Bumblebee is a fun time. It definitely has much more substance and gives an origin story angle for Bumblebee which works very well. It balances between the comedy, drama and action a lot and also manages to get in a lot of  screen time for the Autobots and Depcepticons instead of the humans. Really good job here!

That’s it for this double feature!
Have you seen these two films? Share your thoughts in the comments below!