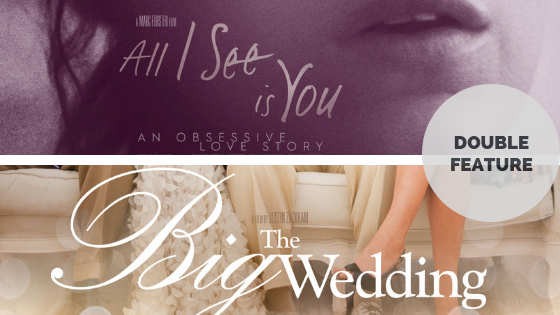 Welcome everyone to the beginning of February! To those unfamiliar, and well, this is an informal announcement for the Valentine’s Marathon. I decided instead of using some specific feature franchise (which I didn’t even finish last year’s), I decided to keep up with the double feature, cut through some of those films sitting forever on my list on Netflix and catch up on a much of romance genre films. With that said, I’m doing my favorite thing: Alphabet Netflix… You will see that I will pair up films going through the alphabet. So we kick off with A & B: All I See Is You and The Big Wedding. 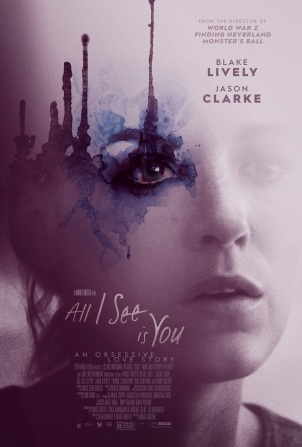 A blind woman’s relationship with her husband changes when she regains her sight and discovers disturbing details about themselves. – IMDB

All I See is You isn’t particularly a bad film but more a film that seems to want to be more than it actually achieved. It seems to want to go the indie route of making some obscure film with a little art house style and then add in some psychological factors but nothing actually gets executed properly. It feels like nothing reaches the potential of what it might be. I’m not sure if its just that I never quite got the plot or it didn’t get delivered to me so that I got the bigger plot here. My point being that it felt like the plot was going somewhere  and then it took a turn and the movie didn’t seem to know how to end.

Whenever I watch movies like this, its hard to be particularly excited about it because for someone like me that stretches the meaning a lot, I failed to find the point of watching this. It gave me a feeling wanting to go somewhere and it reminded me of a bunch of films that executed these different ideas better. I like Blake Lively but All I See Is You just didn’t work.

A long-divorced couple fakes being married as their family unites for a wedding. – IMDB

A star-studded cast to say the least for The Big Wedding. Robert DeNiro, Diane Keaton, Susan Sarandon, Katherine Heigl, Amanda Seyfried and of course, Robin Williams also gets a role here as the priest. Many times with movies like this with a family melodrama in the background, it crosses through a lot of plot with both family drama and conflicts which build up the connection to each of the family members and then its the romance line which has a much smaller line here. The wedding premise is where this movie fits in this little Valentine’s theme. Putting aside the romance, this movie was really disjointed. It had a few funny bits here and there but its not anything to be excited about.

In a movie like this, its hard to fault the actors themselves. Yes, even Topher Grace that I can’t seem to like was alright here although his role was a little silly and probably still one of my least favorite characters here. However, the problem is the script and the execution.

That’s it for the first Valentine’s double feature for A&B!
Have you seen either of these films? Thoughts?