Another week has passed by. As always with weekends away, its a bit slower. If you missed yesterday’s post on Fan Expo Canada, we headed down there and met up with a fellow blogging friend. First time there and not as media so it was relaxing and just did a ton of stuff that I enjoyed although would have wanted to check out all the South Building stuff but didn’t have time. Either way, things moved along a little but some things that happened over the weekend that I was away in Toronto obviously didn’t end up wrapping up. 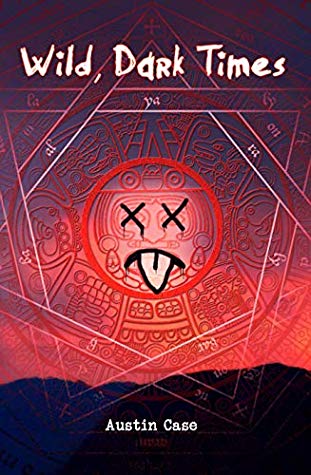 Wrapped up Wild Dark Times last week right in time for the blog tour. The review is up already and linked above so I won’t talk too much about it but it was a really fun read and lived up to the premise when I read the synopsis and decided to check it out. That’s always a plus. I like books that play up on real things and add the urban fantasy element to it and shows off the author’s creativity. However, I started up Twisted Pines now. Thanks to the author Lane Baker reaching out to me years after his previous one that I also reviewed HERE. I literally just started up the book and its a converted version so its tough on the Kindle so might switch back to reading on the PC to make life a little easier for my eyes sake.

NOTHING! I played nothing this week. I was away and didn’t play anything on my phone. During the week, I was getting the weekend chores done before leaving for the weekend away so took up most of the evening time. Nothing is all I got here. 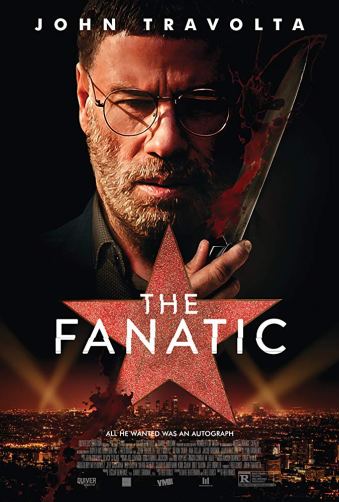 Less about how I’m recommending this film but rather the fact that I saw the advanced screening for The Fanatic at Fan Expo despite some issues that occurred but was eventually fixed and we did get to see the rest of the movie. Most of the movies that I saw this week was middle of the way. Probably I’d recommend A Home With A View the most because Split was alright but not great and The Fanatic was alright and not great for probably the same reasons where the actor showcased did a good job but it thought it was being more clever than it actually did in execution. It sounds mean but they really aren’t bad films and I’ll talk about it more in the upcoming reviews. 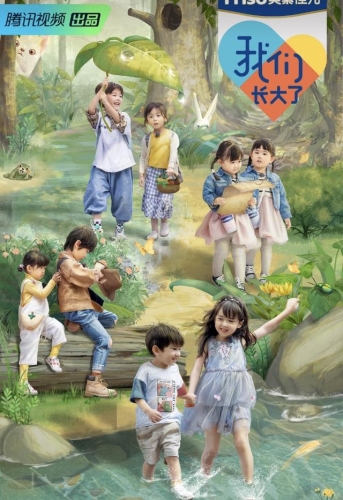 I wrapped up the finale for both of the Tencent reality shows that I was watching last week as they aired their last episode. Both of them were pretty good. I’ll do a big post comparison on the concept for the romance/relationship thing for Heart Signal and other shows that I’ve seen before because I think its a good one to talk about and a nice little concept and they each have pros and cons. The show that just pulled at my heartstrings even though I’m not a parent is We Grew Up. I was a bit conflicted with the concept of a reality show focused on some really young kids learning to be independent despite them making all kinds of safety precautions that’s also apparent in the show. However, in the end, it does highlight a lot about the whole growing up in China and just in general parenting and young kids and how they adapt. Its pretty neat and honestly, there are some heartbreaking moments between the siblings but at the same time, there are also some funny moments as kids will have.

As for the currently binging stuff, I’m absolutely enamored with The King’s Avatar currently updated weekly on Netflix. My husband and I are watching Hyperdrive together and well, Super Vocal 2 is the competition show on my radar that I’ve generally caught up with to their latest episode.

That’s it for this What’s Up!
What have you been playing/reading/watching/binging? 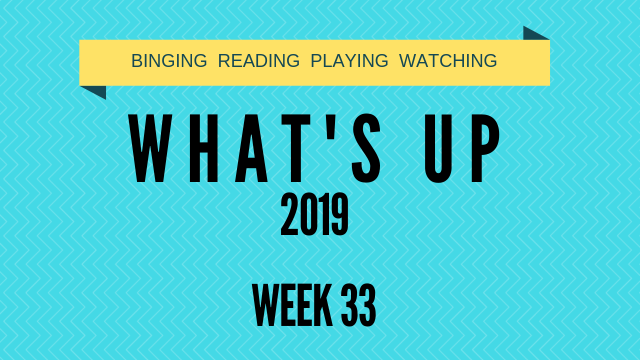 Welcome to this week’s What’s Up! Things are slowly getting back on track with probably only gaming still a bit lacking some action. I’ll talk more about it in that section. As for everything else, progress and moderation is the key. Its been quite sporadic on the writing front with a lot of less heavy weeks to just recuperate from July a little. Sometimes, its nice to recharge a little to get back on track stronger especially when I definitely need it. Also, I’m working out another strategy to kind of go back to zero on everything that’s outstanding because that list is now daunting and stressful to look at and let’s say I’m doing a redo and restructure on how to approach things and hopefully with less procrastination, it should be a more efficient way to do things.

Almost three-quarters of the way done with Wild Dark Times now and its a decent book. I have some minor issues with it so far but its still intriguing to say the least especially to see what the end game is going to be.

Not a whole lot is going on on the gaming front in this past week, the main reason is that I’m trying to get the other projects set up before sitting down to do something a little more time consuming, which is gaming because its not something that can be done quickly. However, mobile games round-up post is almost done and scheduled for release to cover the last few months of games while our next game to review on Game Warp Podcast is also decided. In the meantime, we will be posting up an episode leftover from before soon on Anchor so that’s happening. I guess the best thing to share here is my upcoming gaming plans. Whats done will remain done for now because I can’t find the energy to write up the overdue reviews and games played months ago so we’re starting fresh just like Game Warp is currently doing after a few months hiatus.

Games I’ll be taking a look at in the next while: Linelight, Kaiju Big Battel: Fighto Fantasy, to start…more as I decide further what to do next and set a tentative solo gaming and Game Warp gets things back on track. 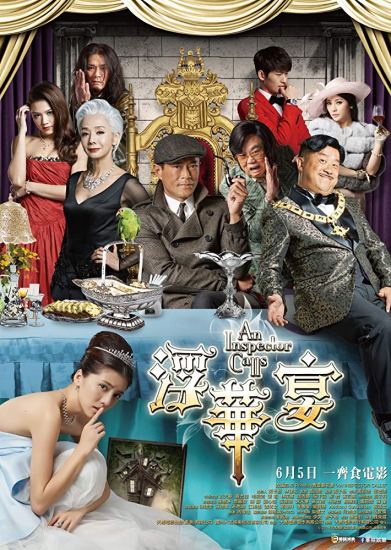 Trudging through through the Movies and Tea third season so 2010’s Somewhere was seen this past week and as usual, I won’t talk too much about it however on the spectrum of the film, it ranks above Marie Antoinette and comparable to how I feel about Lost in Translation but some little issues. I’ve been somehow spontaneously going through my Hong Kong dark comedies on my Netflix list. Its not a bad thing. An Inspector Calls is based on the English play of the same name while with the same director and some of the cast is A Home With A View, which I haven’t finished yet. 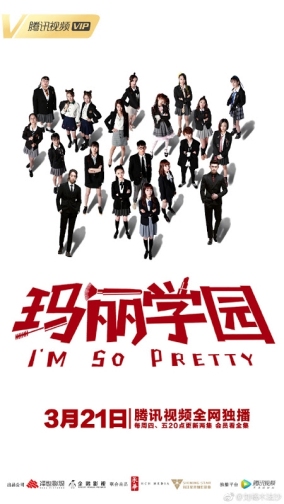 Currently binging: We Grew Up, Another Me, Heart Signal 2, Dream Space 2, The Coming One 3

I’m watching a ton of variety or reality shows in general right now. Due to the contestant on The Coming One 3 that I like a lot, I found out that she is part of a TV series which I had brushed past because it didn’t seem like something that I’d like but after knowing that, I went to check out I’m So Pretty. Its a very odd TV series and does parodies of a lot of pop culture and movies and such however in its not taking itself too seriously but still giving it a very different kind of execution and its very short no matter in episode length of how many episodes, its a quick one to get through so here we are. A ton of shows are coming to an end with one episode left: Heart Signal 2, We Grew Up and The Coming One 3 is all ending next week so I’ll be looking for something new afterwards…I have an idea of what but I’ll talk about it next week.