Marine captain Jung-seok and his family escapes by ship which suddenly changes course to Hong Kong and ends up having a lower level outbreak that infects his sister and nephew, leaving him and his brother-in-law, Chul-min to escape in Hong Kong. Four years later, as they live poorly in Hong Kong with no status, the triad boss gives them a task to go retrieve money stuck in a truck in Incheon which was in transport during the zombie outbreak years ago and giving them a decent cut for their work if they get out alive with the loot. Jung-seok, Chul-min and two other Koreans end up taking this task and they find the truck fairly easily. As they plan to leave, a platoon ambushes them and triggers a massive wave of zombies. Jung-seok manages to be rescued by two sisters: Joon and Yu-jin who take him back to their hideout with their mother and  and grandfather. With the knowledge of a chance to leave Incheon, they decide to infiltrate the platoon’s camp to get back the truck and rescue Chul-min. 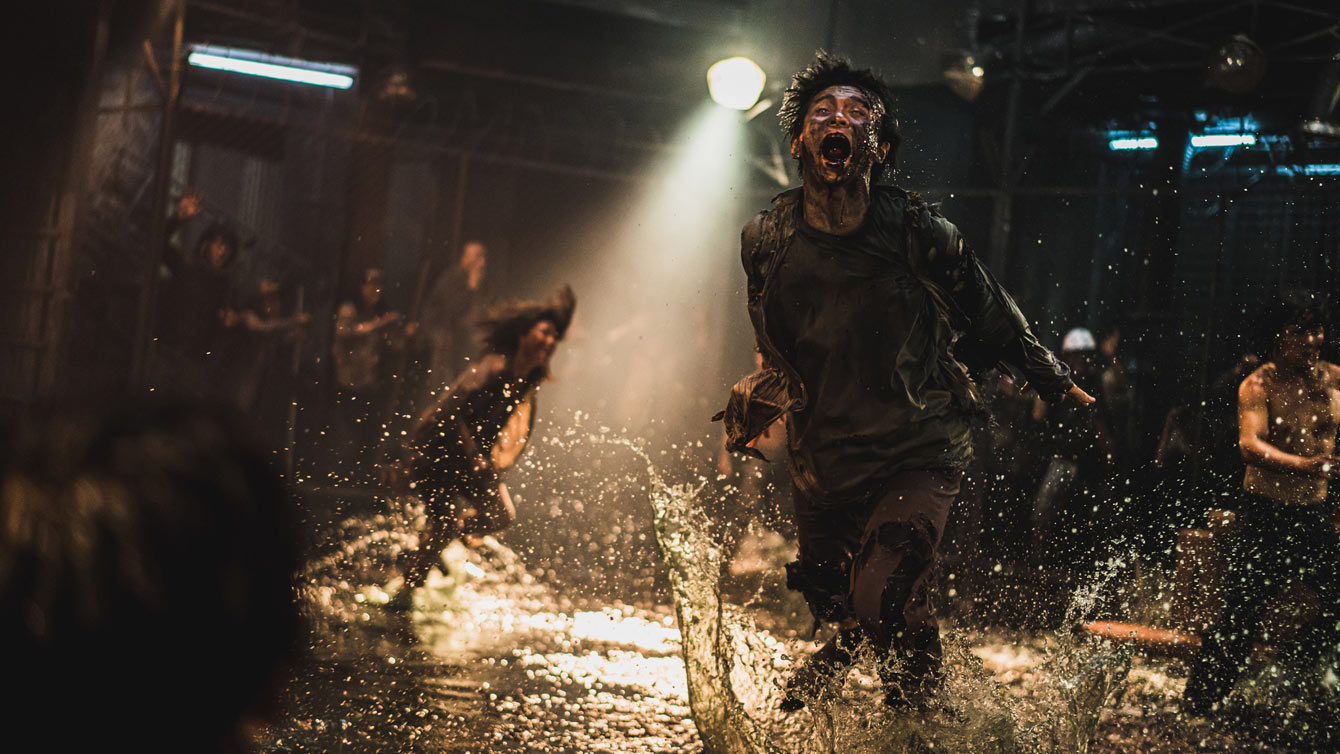 Peninsula is a standalone sequel to Train to Busan. It is its own beast building on the post-apocalyptic world created from the previous movie. However, its important to remember that its a standalone and in many ways, an opposite experience from its predecessor, which has its pros and cons. Instead of a zombie horror film, Peninsula is more of an action film with zombies. There are more humans involved in the equation and its given up the straightforward concept in the first film to a movie with more moving parts. With that said, its hard to not compare the two as I’d wager that most people seeing this will be fans of Seoul Station and/or Train to Busan and have their own set of high expectations to meet. Whether this film lands or not will depend on how much you accept it. It does all the elements right and yet, there’s something a tad derivative that might not sit well for some. Due to more characters, it has has less space to develop memorable characters like the first film. With a standalone film, newcomers can come into this and shouldn’t have issues following the story.

With that said,its best to see this as a standalone and come into this with fresh eyes and mind. Peninsula does a lot of the elements right. First and foremost, the cinematography is incredible. There are some scene set-ups showing the vast wasteland that Incheon has become over the course of 4 years from using the lighting appropriately to set the mood and in general, using light for its aesthetic as well as playing along with how zombies work in the Train to Busan world. The zombie scenes are the most outstanding of the film, with one scene when they first arrive in Incheon and traversing the place where the cross through that is a spine-chilling seen that comes to play in the end in a spectacular way. That aside, the zombies are used really well. Not quite as frequent but still making for a lot of good fight and escape scenes. The scenes at the platoon camp also adds a further dystopia element along with the rather familiar roles and events, however the rescue and retrieve mission is a good one. Suffice to say, the script had thought out a lot of the little details in these scenes and how its put together visually to be an engaging experience (even if it feels like a few of the plot points are familiar). 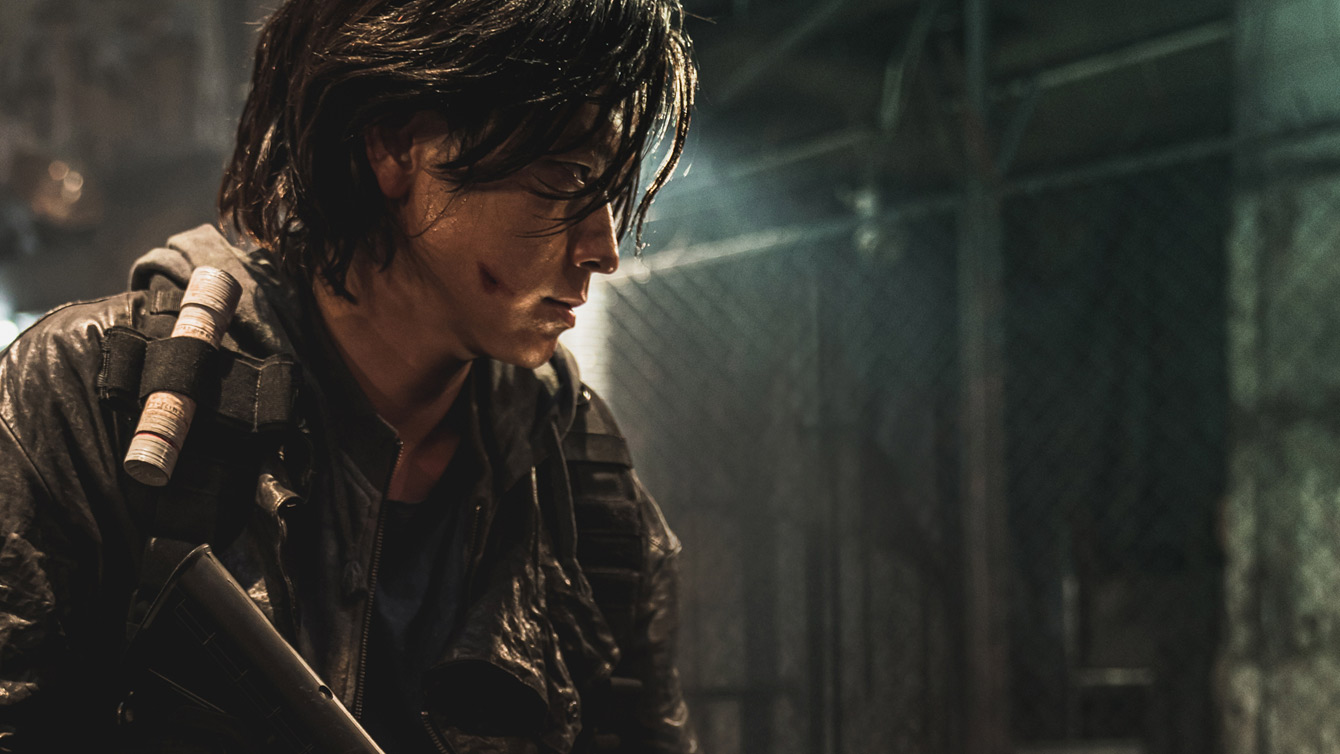 The characters of Peninsula revolves around a few moving pieces. There’s ex-marine captain, Jung-seok (Gang Dong-won) who is no doubt the main character with his own inner struggle and with the most character depth and development. Gang Dong-won grasps the character fairly well even if he’s rather brooding and has rather little dialogue. The turning point of the film in terms of charming characters do go to the two sisters: older sister Joon (Lee Re) and Yu-Jin (Lee Ye-won). They bring in a level of wit and courage as Joon is a beast behind the wheel and Yu-jin is a strategic little girl with her rigged up flashy remote-controlled cars. They bring a lot of personality to the film with their appearance and what’s important is that they both still have a helplessness to them where they still feel in times of despair that they are still just kids. Of course, the character that plays their mother Min-jing (Lee Jung-hyun) also brings in a great performance. The character doesn’t have as much depth but does manage to bring some inner conflict to the whole situation. There are some surprises in some of these characters and supporting characters that do add to the film especially by the end.

Overall, Peninsula is a well-crafted movie. Sure, its not as unique as the first one but what it has built with its post-apocalyptic world setting and the nature of their zombies gives it a lot of room to play around with. Where Peninsula might suffer is with the high expectations set from Train to Busan moving into this one, which is a completely different beast and in turn, easier to be disappointed (possibly). As a standalone, there’s a lot of standout elements and director Sang-ho Yeon does build a decent movie. Its a tad more complex and a lot more moving parts but there are little details that will be noticed that works by the end and makes sense. There are clever bits and some comedic bits, a few over the top characters and then there’s the well-choreographed action sequences with gun fights mostly (plus a car chase). If there’s one thing I didn’t talk about before, there are much more (unnecessary or over-emphasized) dramatic scenes in the veins of South Korean cinema that I’m not a huge fan of but that is also a personal preference. However, this director has one thread that links all three of the Train to Busan films and that is the conflicted main character which like I said before, is one of the great elements of this film as well. I can hate on this film but I have to say that standalone sequels always earns the film brownie points on my end at least. As a final thought, Peninsula might not be what was expected but I would love to see what else they can do with this zombie apocalypse setting especially if they move around different South Korean city as their story backdrop.

Peninsula is currently in theatres, including IMAX, ScreenX and 4DX as of August 7, 2020