As Montreal starts reopening gradually (well, a lot of stuff is reopened at this point, except for a few things), the things we were looking forward to reopen the most is obviously the parks for hiking and such. Due to weather and the current situation, not all the parks are open but we did find quite a few to choose from. The husband decided that our best chance was to head further from the downtown area to the Eastern Townships to check out a trail part of Les Sentiers de L’Estrie. We’ve done a few other trails from that network before but this year, we’ve been thinking of getting the pass which would pretty much get back its worth if we do three more trails in the network and that sounds like a good deal (and doable, provided the reopening doesn’t launch a second wave of the pandemic). 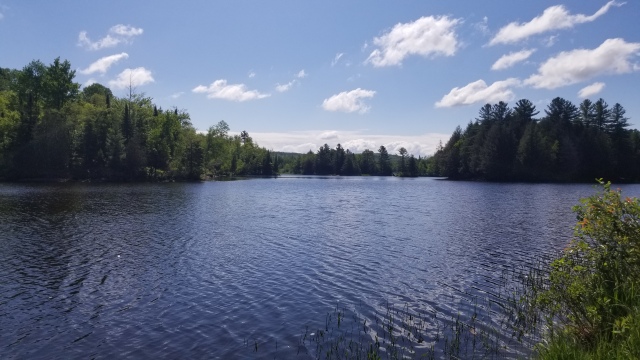 The hiking plans didn’t quite go as we planned even if we did head out the time that we intended, early in the morning. Our first stop as planned was to go to Kingsbury and do a 7.2 km hike. However, the instructions weren’t too good and we soon realized 30 mins in that there was a sign saying that the suspension bridge had collapsed. This trail is pretty much a trail by the water and marshlands. Uncertain of whether there was a detour or not, we decided to go back to the car and head to the next location.

And we were off to the next location pretty much spontaneously. I suggested to go to the next hiking area in this network heading back the way we came so that at least we’ll start later on the actual trail for the day but lower the travel time back a little bit.

Things not going to plan was apparently the theme of our first hike as we had intended on doing another trail but got mislead to believe we were on the right trail when it wasn’t. Oh well..these things happen and we ended up doing a fairly decent intermediate level hike (not what we had planned since we’re obviously not in that great of shape with the lockdown and such). I’m not quite sure how long the trail actually was but it was quick elevation to Mont Cathedrale so it was rather tiring to do, plus the scene was really lovely. 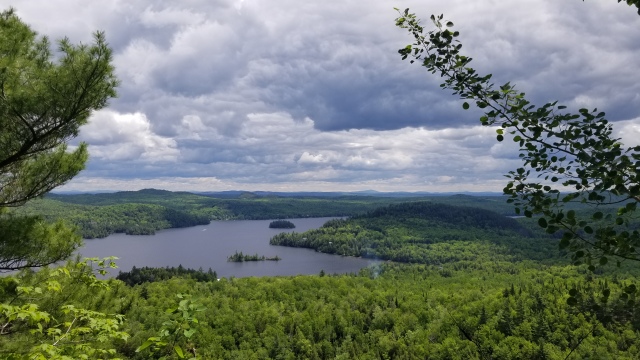 If you look at the actual website, this trail is supposed to start at another parking location and then not only do the mountain but also a “Ruisseau Ely”, which we saw signs for but didn’t pursue it.

Overall, its a decent trail, in both cases. I’m going to say that this is one of the times where its less maintained than we’ve experienced before. I think its just the current times and the parks and the later than usual opening to not have addressed these things. We had a few hiccups in our plans but still, it was a decent few hours of hiking that we got out of it. Les Sentiers de l’Estrie has had a few places that we’ve done before like, Mont Chapman last year (that also had pretty confusing directions). That’s it for this hiking adventure! We’re looking up the next hike right now and will check in with the next one soon (hopefully).