Next Double Feature is here! Its been a while since I’ve gone on an alphabet double feature! This time, I’m going to try to work through both Netflix and Shudder titles for the pairing as much as possible. Its a decision that I made after the A selections though so here we are! A selection starts with 2019 horror film A.M.I. and then followed by 2016’s indie fantasy-adventure film Albion: The Enchanted Stallion. Let’s check it out! 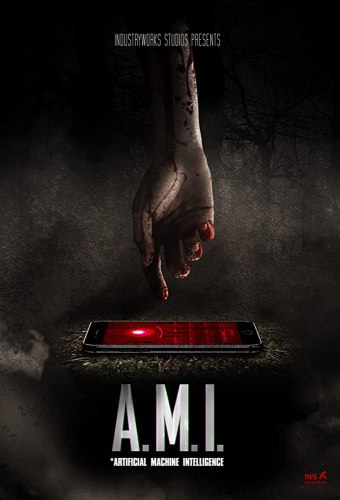 A seventeen year old girl forms a co-dependent relationship with an artificial intelligence on her phone and goes on a murderous rampage. – IMDB

Movies based on AI and possibly corrupted or misused technology is definitely been on the rise. We did recently watch Child’s Play remake (review) and then there’s been a few short films screened at film festivals that had that sort of concept as well. A.M.I. plays with that concept where the AI becomes the mother figure anchor for Cassie, who loses her mother and can’t seem to see eye to eye with her father, grows distant with her friends (who aren’t all that great) and then a scumbag of a boyfriend. With all these factors, A.M.I. turns into her “person” and eventually becomes the manipulating force that drives her to start killing all those that have wronged her.

The story and premise, while not entirely fresh, has a decent foundation. The only issue is that the film is filled with really bad characters. Bad in the sense that they are truly bad people with some really warped sense of friendship, love, relationships, etc. As Cassie breaks down from seeing everyone’s true personality, her character is supposed to have some kind of pity, I suppose but then, the story never gives enough to make her feel that way and instead brings her straight into this rampage that she goes on. The characters here are built so incredibly thin and so unwelcoming that its hard to side with any of them and care about what happens to them either. A part of that might have to do with some overacting on all parts and some ridiculous dialogue.

A.M.I. has a lot of issues that hides the fact that the premise itself wasn’t a bad one and has some creepy parts but the tone it chooses and the characters it uses during this makes it actually a rather funny movie. Perhaps if it didn’t feel like it took itself that seriously, it would have been a fun little movie romp to have a good laugh at some of the ridiculous bits that happen. 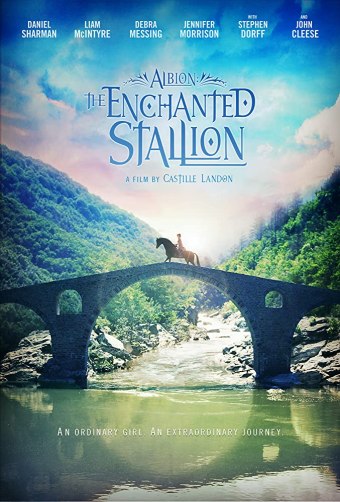 A twelve-year-old girl is transported by a magical black stallion to the mystical world of ALBION, where she discovers that she alone is the key to saving an entire race of people. – IMDB

Albion: The Enchanted Stallion is a fun little fantasy adventure. There’s a lot of creativity here and introduces a new fantasy world that the young girl enters unknowingly on the back of a stallion that she tends to. In this world, she learns that its not all coincidence and yet has something linked to herself and it gives her the courage and bravery to do the right thing and help her newfound friends in saving the people in this magical world called Albion.

Albion is a world split between the good and bad. There are people fighting to regain the balance that once was despite its perils and challenges. Evie is brought into this world and almost doesn’t believe that things that she experiences and tries to find a way back. Its a fun world to say the least. Plus, each of the characters that she meets is rather entertaining as well. They run into their own dangers and while some of the characters could have a little more depth, this is something of a family film (although there are some rather disgusting bits), it satisfies the adventurous tale that it wants to tell. Everyone’s character whether good or bad has its own standout moments. Special mention to Jennifer Morrison who plays The Abbess and her part is absolutely awesome.

Albion: The Enchanted Stallion has its little issues here and there but it executes itself pretty well and its a harmless little film that packs in a lot of fun dialogue and banter and also brings in some colorful characters. I’d definitely say that its something of a hidden gem and a pleasant surprise in the landscape of family fantasy adventure films.

That’s it for the A title double feature!
Have you seen these movies? Thoughts?