Blood in the Snow Festival (BITS) is right around the corner! This year’s edition takes place between November 21st to November 26th. Its focused on Canadian independent horror films with not only a variety of full feature films but also a few short film showcases as well as a web series showcase.

Starting off, we are taking a look at some of the shorts paired up with the full feature films. These three are Copenhagen Road, Liaison and Housekreeping plus a music video short The First and Last Time. 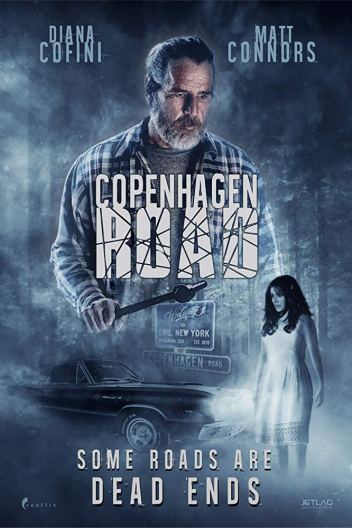 A mechanic, reluctantly agrees to help a desperate young woman with a flat tire, in a car all too familiar to him. – IMDB

Copenhagen Road is a fun little short. For one, it has a lot of style in its filming and the way that it tries to add suspense to the characters. The sequence is executed fairly well in terms of being a thriller to pump up the connection of the two characters interactions especially in terms of the stranger. It uses the Copenhagen Road to link them together and the odd meaning between the two. Visually, the cinematography here is on point. Right from the opening, there is no doubt that its one that will be able to use its camera to add a lot to the atmosphere.

However, where this short might need a little polish is in its script itself. It becomes obvious very early on in the short sequence where this story is headed including where the story twist will take it which removes from the surprise the twist should bring. Its a bit heavy handed on delivering those key elements of the characters in their interaction how this meeting is quite as strangers as it seemingly is.

Copenhagen Road will be showing with the opening film, Puppet Killer on November 21st at 9:30pm.

A short film in a music video is always a nifty little trick to have. Who doesn’t love a little story while listening to music. The First and Last Time isn’t my usual type of music that I listen to so the music portion works in terms of how it adds into the paranormal elements it presents here as a part of The Spoons music video where they act as paranormal investigators in a haunted residence with some tricks of the camera adding some effects. Its a bit quirky and odd but still fun.

The First and Last Time will be showing at BITS Festival with the opening film, Puppet Killer on November 21st at 9:30pm.

Liaison is a dramatic short film about a woman who is going through some difficulties at home and in turn, go to confront the man who is causing those issues. If it were to talk about successful twists and the cleverness in its script from its usage of background conversations and other elements to build up the scenario in its execution as a whole, Liaison does a wonderful job. While some films excel in the cinematography, and this one has some of that from its choice of locations and such, its script is what makes it really shine.

Liaison will be playing at the BITS festival with Happy Face on November 22nd at 7pm.

It’s the off season and Meg works the extra hours at the resort. Unbeknownst to her a menace lurks, and they too are getting paid hourly. – IMDB

There’s something rather unique about Housekreeping. It starts out with a simple scene of housekeeping cleaning up the room at a resort. Its the simplicity of things and conversations that can divert expectations probably as the story takes a shift when a twist appears and its a rather creepy in the lurker kind of way. The way the whole shot is designed and follows through adds so much to the twist and the story. Although, its still a bit fuzzy on what the entire deal of the film is however, its one to ponder a little further on what more there is to this premise, despite the fact that it doesn’t openly dive deeper into it so the ending felt a tad odd.

Housekreeping will be showing at BITS festival with She Never Died on November 22nd at 9:30pm.

That’s the first batch of short films for the first 2 days of feature films at the festival! More to come!