Another week has gone by and another What’s Up to talk about. Things are definitely looking upwards now as things are being sorted out more. My energy level post-Fantasia is finally getting back to normal but I’m still staying away from too many movies and movie reviews just to get a little change. All the projects are slowly getting back on track gradually…for the most part. 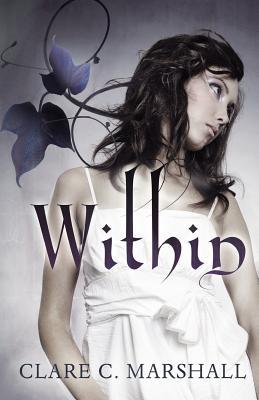 I’m currently 7 books behind on the Goodreads book challenge so reading is going to be a huge priority. With that said, I’m working through both blog tour commitments and other things of the sort right now to clear things off my pending list as well as getting back to some of the more recent purchases that I haven’t gotten around to reading. Reviews for Lifelike and Within are coming up, especially with finishing Within this past weekend. My Goodreads goal still feels like a doable goal right now as long as I keep up the reading momentum.

Still going on my mobile games run. Its still revolving around the same games while trying to see some new games, mostly in preparation for the mobile games roundup segment to be revived. I’m trying to make more time after for some actual games on Steam and Playstation 4.

Suffice to say that Movies and Tea is relatively back on track as we are back to recording the third season and chugging along with Sofia Coppola’s directorial work. The Virgin Suicides is already out to start off the season currently. I’ll keep my thoughts for Lost in Translation and Marie Antoinette for the show and possibly the review that I’ll eventually post on the Movies and Tea blog. As for unrelated films, I’m working through my discounted rentals while I was at Fantasia. The first expiring soon is Escape Room, released earlier this year. Its an alright movie right until it reaches a lackluster ending. My highlight of this week: Lost in Translation.

Currently binging: We Grew Up, Heart Signal 2, Another Me, Dream Space 2, The Coming One 3

I took some serious time this weekend to finish up River Flows To You, which turned into a massive cry fest but then its one of those series that I really like a lot because the drama is done well and the leads are two of my faves currently in the Chinese drama thing and this type of story works for them. It has a lot of layers to the different characters and works a bit like Rush to the Dead Summer (review) but really gives it a more positive contrast (and refers to it a lot actually) and gives it a better ending. I feel in some ways, its trying to do justice to that series that was good but had a pretty questionable ending.

As for everything else in progress, some of it is ending soon with The Coming One 3 heading into semi-finals next week and Heart Signal 2 is also heading to its ending as well. I’m probably going to catch up with Another Me as the major focus as I catch up with a ton of TV binges. Expect a lot of them to come up in the coming weeks because its just too much overdue that its weighing on me until I get it all wrapped up and posted.