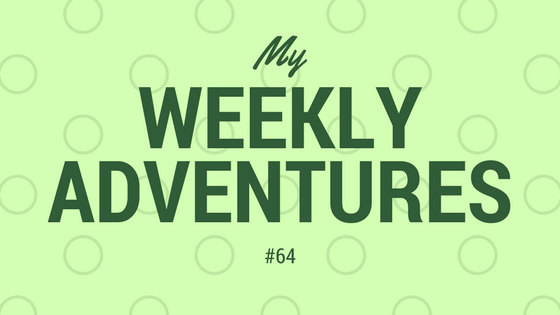 but my inner voice is screaming at the top of my lungs in relief and massive happiness:

With that said, not a ton happened in particular as I spent a lot of the last two weekends at work. It caused disruptions in the blog for the most part. I did manage to go check out some new places around town. So I guess its not completely nothing, right? 😉 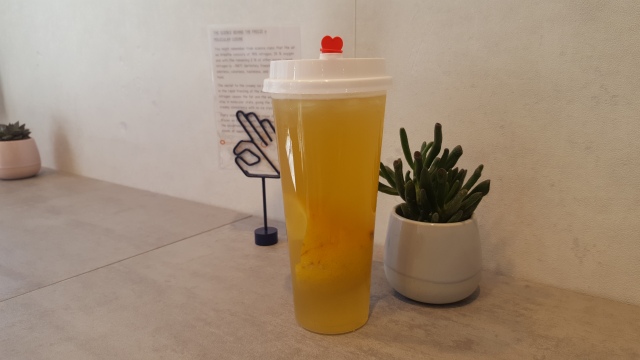 One of my college acquaintances opened up this new ice cream/fruit tea shop in downtown Montreal near Concordia University (Guy-Concordia metro) which serves liquid nitrogen ice cream and fruit teas. They had a soft launch on April 19th and my best friend and I headed over after my Saturday overtime to check it out. We both had fruit teas. She had the cheesecake mouse oolong tea (can’t remember the exact name). I have lactose-intolerance so I ended up getting a fruit tea called Four Seasons Oolong Tea Lemonade.

I think the main attraction here is the liquid nitrogen ice cream which will be its main selling point. In terms of fruit teas, they do need some polishing. My oolong tea lemonade pretty much was a lemonade and it seemed like they forgot the oolong tea. Of course, my best friend however said hers tasted oodles of tea (so maybe the organization of tea making needs some work), but then, its still a soft launch so the time to polish up these details.

If you want to check it out, here’s their Facebook page.

Its always time to move onto something new. Sure its a bit of a little harder work than say my old unboxing videos but I think I’m going to enjoy these random chat topics and quick recaps of whats been up. I’ve always liked the What’s Up series on the blog. Sometimes, the backlog gets really long and it takes a little while longer to get to the longer reviews so these kind of give a quick perspective of all my projects.

My husband commented that the first episode was a little long so I’m going to try to keep it within the 10 minute mark for most of them. I do agree that 15 minutes is a lengthy but I wanted to talk about the project itself in case someone not from the blog dropped by. 🙂

Will I get back to unboxing? Maybe. There’s a lot of factors into play but I like to change up projects every once in a while. Its really the only way that I can keep growing and changing especially since its been going on for seven years. For now, I’m not really into it (unless I partner with some company..which I’m not big enough for or if I find a box that intrigues me to try for one time). 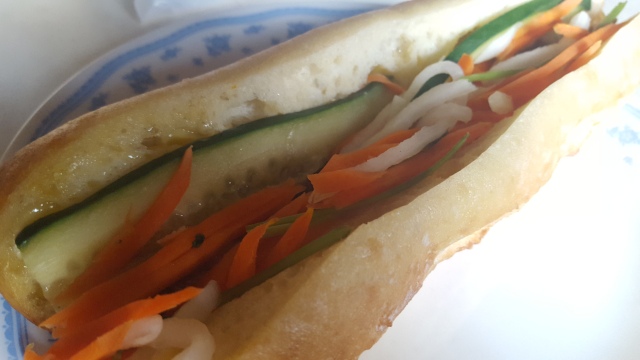 This past weekend was huge. My eating schedule was all over the place between juggling massive overtime at work and doing my part in chores and groceries. Trust me when I say that my husband was a real champ in stepping up to take care of a lot of the stuff. As a little treat, we learned that Banh Mi MC had opened. Pho MC is this delicious Vietnamese restaurant that we love to go to and right next door is their extension which sells Banh Mi which are pretty much Vietnamese subs. We got a grilled chicken one. While it doesn’t look like there’s a lot of chicken, its a pretty nice balance of everything. I’m pretty impressed. I’m hoping to check out the grilled pork next time. 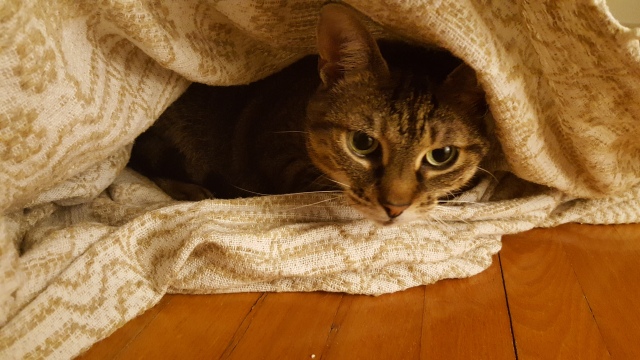 Its a short post for today. I’m typing this up the night before and I’m yawning so much my eyes are watering so I need to channel in some remaining energy to get something wrapped up to send over to That Moment In since I’ve been MIA over there for 2 weeks, which isn’t good. Either way, I have been doing a  lot of gaming to relax so just need to find the brain power to write up the reviews.

That’s it for this Weekly Adventures!
What have you been up to?

5 thoughts on “My Weekly Adventures #64”