We’re moving right along through another TV movie but this time its  a Netflix Originals called A Christmas Prince.

Suffice to say, if you frequent Twitter, you’ve probably heard of Netflix US and their twitter calling out the 50+ people who watched A Christmas Prince everyday for more than 2 weeks. I have my own thoughts on this and I’ll share it at the end of the review.

Moving on, lets see if I would mind watching A Christmas Prince on repeat!

When a reporter goes undercover as a tutor to get the inside scoop on a playboy prince, she gets tangled in some royal intrigue and ends up finding love – but will she be able to keep up her lie? – IMDB

A Christmas Prince is Netflix original that does tend to be fun to watch. Netflix hopping into this potential market of TV romantic comedies is a pretty great move. While everyone does acknowledge the sappiness of these movies, there is quite a market for those who enjoy these feel-good movies especially when it involves a somewhat generic plot. If you’ve been reading the last few reviews, I’m all about these movies when they manage to deliver good performances and great chemistry between their leads. A lot of stuff out there is generic and predictable and what sets them apart especially when faced with movies like these who don’t usually have a big budget is being able to connect with the characters. A Christmas Prince does that very well especially when paired with a beautiful setting and having some great performances by its cast to show off some fun characters. There’s some drama and its be to expected but despite all that, this story has hints of so many fun movies and is a little package of homages if you will ranging from a fictional world called Aldovia (Princess Diaries had Genovia) and then a Cinderella-esque story of a poor reporter meeting a prince so just a modernized one without a stepmother but rather a ruthless editor. And then there’s the prince who when getting ready for the throne at the coronation, he dresses like the Cinderella prince as well. Forget how the prince dresses, its a prince, okay? And he looks pretty good also. At a decent run time, the story never lags and keeps the plot moving throughout. 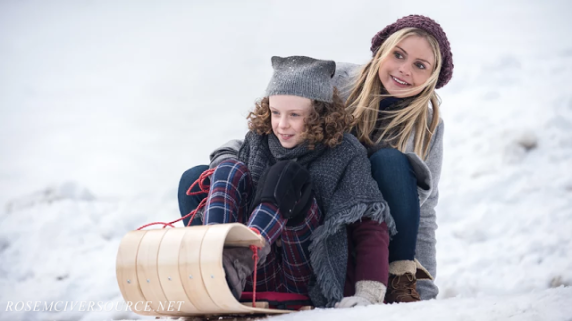 A Christmas Prince is set during the Christmas holidays with the coronation landing on Christmas eve and having that big royal ball. Its in a snow fictitious kingdom called Aldovia which is set in a beautiful castle in Romania in reality which is pretty awesome. With that said the setting itself made the shots incredibly satisfying to watch. Winter fun came into play here like tobogganing and horseback riding in the snow as well as horse drawn carriage rides. Of course, one of the fun bits was the snowball fight. Its set in Christmas and winter and while it shows a lot of these moments, it never really feels like its too in your face which makes it feel natural. One of the things that these TV movies fail to do is give off that effect. The story here is pretty predictable and you’ll probably figure out whats going on before it actually does happen but its never really quite a hindrance because the ornament traditions the fact that the story focuses not only on the romance but also on the truth about the hesitation of the prince taking over the throne and the relationship that our reporter here Amber builds with the princess Emily is really everyone’s way of healing a year after the loss of their father. Sometimes, its the simple idea of someone relating to you and helping and encouraging to find the way to see yourself in a better way which is the case here with Amber who is a positive force even if she comes into their lives via a lie.

With that said, there are some pretty decent performances here. Rose McIver is very believable in her role here as, Amber the reporter in disguise as a tutor. There are some moments here that feel like they should have seen through her disguise as a tutor but I think the reason that she sticks around is that they grow fond of her because of her simplicity instead of how the royalty here thinks of everything a little too complex. I liked how natural she felt in her role. Especially as her character connected like a friend/older sister to the princess and romantically with the prince. The princess Emily is played by Honor Kneafsey which was a really good role with her own struggles and always kept Amber on her toes. What started out as a deal turned into something more as their friendship blossomed and they taught each other a little about life. Of course, we have to talk about the Prince Richard played by Ben Lamb who is a charming handsome guy who of course gets painted badly in the spotlight but turns out to be different when Amber learns the real him. Its nice because he gives off the hesitation well but also shows that he can find the courage at the end. Both Rose McIver and Ben Lamb pull off the romance quite well. There are some really cheesy dialogue here and there but never enough to feel too cringey. But then I have pretty high tolerance of it so maybe my word is slightly biased.

Overall, A Christmas Prince is a well-paced romantic comedy that packs a little of drama and comedy and romance. Ben Lamb and Rose McIver have great chemistry together. The setting of the movie is absolutely stunning and the holiday and seasonal integration is done really well using Christmas as a time frame and backdrop and using the snowy landscape for fun winter activities. This is an enjoyable one. It stumbles a little with its dialogue and as expected is predictable but definitely a winner here with a lot of feel-good moments.

While I think that Netflix thinks it was a joke (and looking at the comments, a lot of people consider that as well), I’m not so concerned about the info they hold about us because its a reality of it since we get the stats of our watching history also so why not them since they control it, but more the fact that movies are an escape, I’m not one of those people since I only watched it like 2 days ago, but I wouldn’t have liked to be judged about my watching preferences. However, I guess that is just one way to look at it. Some articles talk about Netflix using this tweet to brag about how well-received this movie is. The lesson here is that comedy (aka jokes) are incredibly subjective so maybe not sounding like the people watching your films are troubled is a good idea.  Anyways, I’m feeling like I’m taking it more serious than it was actually meant to be. So…Ha, Ha, Ha Netflix…you’re so funny.

That wraps up A Christmas Prince! Not perfect but still a really good time! I wouldn’t mind watching it on repeat.
On that note, a lot of people don’t really enjoy these movies (and I say it every single review that I do this). Predictable and generic, it sure is. But its important to respect that feel-good moments are hard to come by even right now as we get into the Oscar nominated films which are usually quite intense and deep so these TV movies offer a sweet escape as the world around us (by just looking at one page of news) looks so very messed up.

Sorry about missing out yesterday. It was a crazy day! I’ll have a second review going up later today to make up for it! 🙂