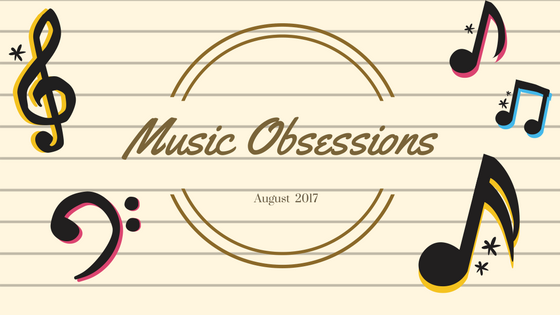 And we’re in August!

I survived the incredibly crazy July and while I was out a lot and took a lot of other stuff a little easier on the blog (as you might have realized), I was doing quite a bit of stuff on the side and really having fun discovering new stuff. One of those main things is finding a Chinese singing show called Come Sing With Me where fans can interact with specific stars each week chosen by the show online, like live online karaoke and then the best ones are chosen to go to the show and then selected 3 or 4 are chosen to sing on stage with that artist and then eventually the artist will choose one fan to do a duet with. That is amazing, isn’t it? What I love most is that I can find all the episodes on Youtube so I’ve been catching up on it. While I’m not familiar with mainland China artists for the most part, they do invite Hong Kong and Taiwan singers and those were like a trip back in time to when music was almost the most important part of my life and it got me through some tough(ish) times. This show also introduced me to some cool songs and artists and a part of it will be snippets from that as well as other songs.

Stefanie Sun is a singer that I love singing to. A lot of her songs were my fave whenever I go to karaoke. It just connects on so many levels. This is a newer one and I’m glad that the song had a snippet that brought this to my attention. Love it!

This snippet is from a singing competition run by the same channel that airs the Come Sing With Me. This guy has a phenomenally beautiful voice. He kind of butchers the French and sings the wrong lyrics here in parts but on the Come Sing With Me show, he has improved on all of it. Regardless, I think just the way he can control his voice and the range he has is so great. I can’t wait to see what else he sings in the future. So far we’ve really only heard covers.

The translation of this is Set Me Free. Now, I love Candy Lo, she’s amazing and I love the texture of her voice. Actually, this is a super cool combination of Mandarin and Cantonese together. I like fun songs like that which mix things up, plus I’m a huge fan of Leehom Wang. Yes, Leehom Wang is a singer before he was an actor. For those interested, he was in Lust, Caution and Blackhat.

I’ve been listening to Tessa Violet for a few years. She’s had some great covers and she’s been singing a lot more original songs and they’ve been all pretty good. I like this one the most so far.

One of the singers that I’ve loved since I was like twelve or something is Chilam Cheung. I go back to his songs every once in a while. It was actually through a video  when he was a guest on Come Sing With Me that got be back to listening so I figured that I’d share of his somewhat newer songs that I’ve enjoyed.

Come Sing With Me duet Single for Han Lei

I’ve actually only heard of this singer, Han Lei before but never heard anything until this episode. This duet he does with his fan that he chose is amazing. The fan he chose has an amazing voice and actually matches his song in this duet incredibly well. Plus, this song has beautiful lyrics. I actually had one day that I translated it to my husband. He doesn’t understand Mandarin at all but its just so romantic.

I’ve bombarded you all with enough songs!
Music has been my companion while lining up and writing up reviews the past few weeks!

What have you been listening to?