Hosted by R&R Book Tours, today I joined in to share a cover reveal for an upcoming book release called The Last Dragon Rider by Errin Krystal. This upcoming book is all about fantasy, adventure and romance.

Without further ado, here it is!! 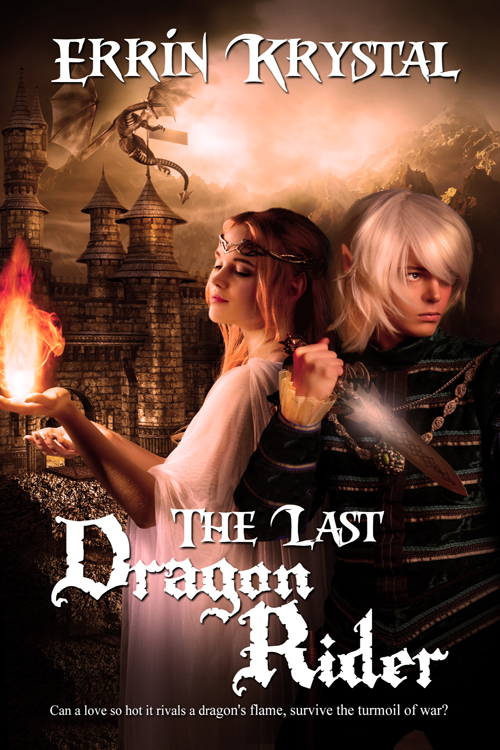 Trained as an elite warrior from childhood, the elven crown prince Flintathriël fights to bring a stop to a war that began before he was born. With the aid of his betrothed Sairalindë, a skilled mage and dragon rider in her own right, they must find the Book of Souls – an ancient and mysterious tome rumored to have belonged to the god Hath’Raal.

When the missing book turns up in the hands of Mnuvae, the bastard child of the dead king, Flintathriël finds himself fighting to not only save his people from this new threat but also trying to keep Sairalindë safe when Mnuvae takes over the dragons in her attempt to win back the kingdom she believes is rightfully hers.

The love Flintathriël and Sairalindë share shines pure and true, but when the smoke of the battle clears, will their hearts survive the aftermath of war or will their love become a casualty that cannot be revived?

She began wrapping the cloth tightly about her, binding her breasts firmly, criss-crossing the gauzy fabric around her torso and across her stomach, tying it off at her hip. She shimmied into a pair of leather leggings and reached for her foot wraps. To other races—like the dwarves and humans—the elves lack of footwear was strange. The elven people had strong ties to the lands, their magic and mystique were inexplicably linked. Even those who did not practice magic felt the connection to nature, and the elven people had maintained the practice throughout their long history.

After binding her feet and leaving only her toes exposed, she tossed an olive green tunic over her head before quickly weaving her tresses into a thick braid.

She was reaching for her leather jerkin when he finally appeared in her doorway.

Arms akimbo, he slouched against the frame, all lean muscle and sharp angles beneath his leathers. Silver-white hair fell across his forehead, hiding the dark arches of his brows as he gazed at her with silvery blue eyes. The mop of hair barely touching his shoulders. His coloring typical of the royal family.

Her gaze traced his tattoos. Sweeping vines encompassed runic symbols, curling downward from his bottom lip, winding and weaving their way down his chin and neck. She knew every line that twisted and spread across his shoulders, and across his back. Etchings that disappeared beneath his tunic and reappeared along his arms. She still remembered the day he received the markings, branding him Nuvian. The day she first gave herself to him, the day she truly became his. 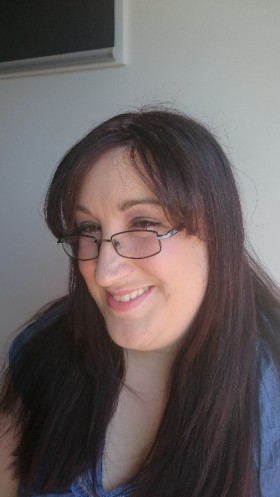 Errin Krystal is a fantasy romance writer who has been writing since she was a small child. Her head has always been full of stories. She began work on her first novel when she was sixteen.

She lives with her family in regional Victoria, Australia, and works as a chef. In her quieter moments, she loves to indulge her passion for storytelling, basking in the joy that comes from creating vibrant characters, fantastical worlds and all manner of magical creatures. Dragons and elves, mages and warriors, troubled princes and beautiful princesses, romance, magic, and adventure can all be found in her writing.

One thought on “Cover Reveal: The Last Dragon Rider”