As I’ve been talking about recently, its been a busy time so what better week than to order another Miss Fresh box. The last one was just two weeks ago. However, this menu fit what we liked so why not, right? 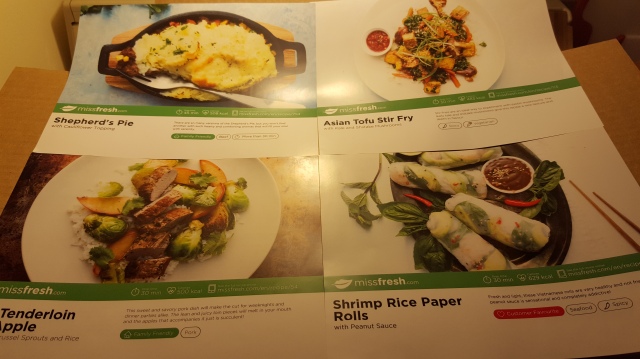 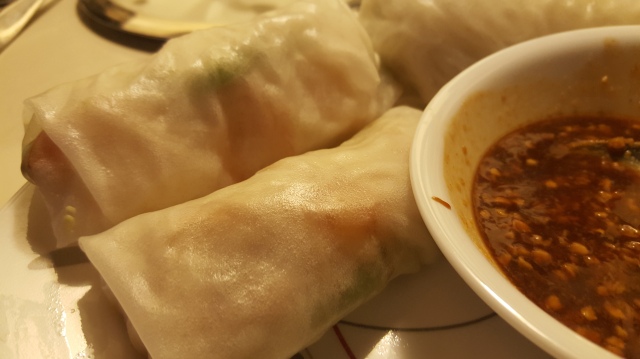 This box was quite the adventure since I found my cooking motivation early in the morning as I scrambled to get this together and prepare for heading out to work. Particularly the first two recipes were made in the early hours however, they did turn out pretty good. The first was this shrimp rolls. I used to my shrimp rolls with my best friend however, she always took point and I just had to put it together so learning how to make this felt great because I’m a huge fan of this plus Miss Fresh’s recipe avocado which is a really nice twist since I don’t eat raw veggies so my husband made them with the cabbage while I had a simple one with vermicelli, shrimps and avocado along with the peanut sauce. The peanut sauce was really awesome and really made this dish delicious. 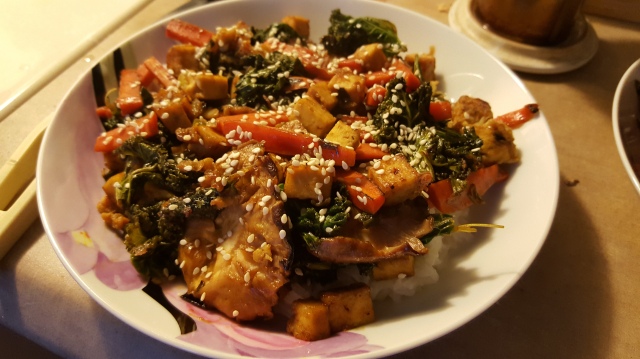 The first two meals are very easy to make. In fact, they are delicious as well. I’m a huge fan of stir-fry and its not only because I’m Chinese and grew up with it. The idea of tossing a bunch of stuff together in a wok and it turning into a meal is efficient. Of course, it is never as simple as tossing it together but how to cook what and when. We don’t get a lot of tofu and my husband’s not a huge fan of mushroom although he does tolerate shitake mushrooms. This dish made the house smell so nice and it is incredibly easy to do. Maybe one of my faves Miss Fresh recipe. 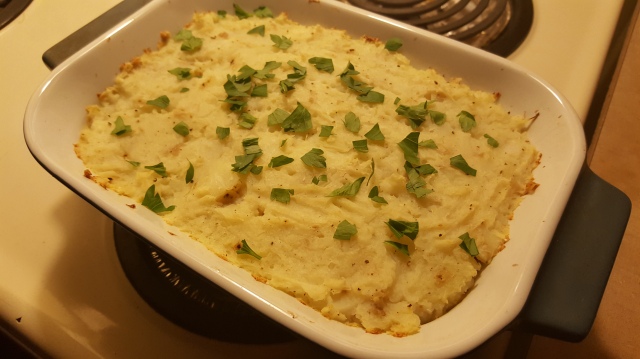 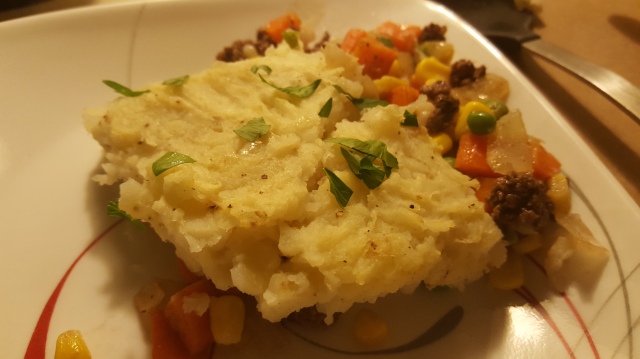 My husband loves Shepherd’s Pie. I just never make it because its a bit of a hassle. I hate meals where I need to cook and then bake. As you see, I’m all about efficiency. Shepherd’s Pie also has that mashed potato aspect which only is good with a decent amount of milk or butter. While I digest butter, I know my husband prefers milk and then there’s the whole corn issue. My health is ridiculous, I know. The price for not taking better care when I was studying in university. Now I’m getting preachy, so I’ll stop and get back on track. However, this one does a nice twist with a mix of mashed potatoes and cauliflowers. I do like the texture of it even though it only uses butter. The minced meat is seasoned well and its all very tasty. Definitely one worth giving a go a second time. 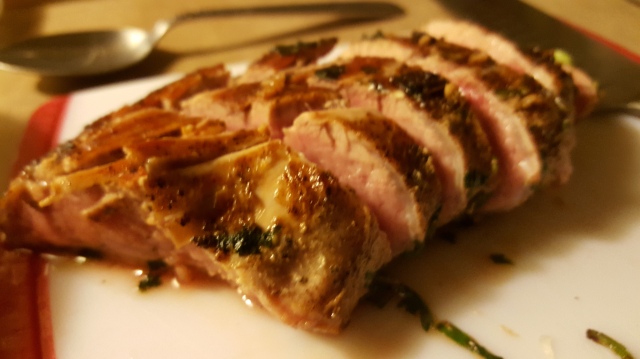 After the searing part… 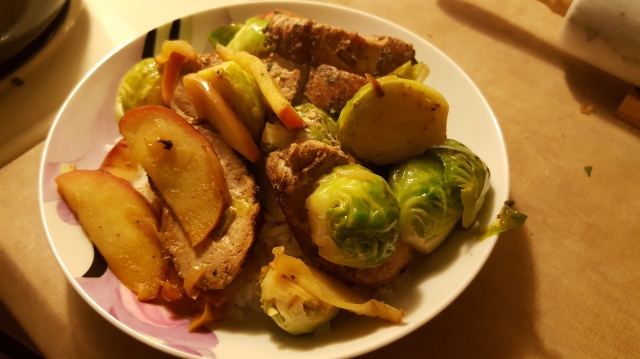 The pork tenderloin is pretty easy to put together and it does taste good with just coating with coriander and a spices blend (cinnamon and something else). The searing part after 10 minutes each side gets about that look up in the top picture. Sorry for the blur. However, we’re not much for seared foods so I decided to cook it through instead in making the veggies portion. It turned out for the better and I really liked this one a lot as well. The apples add a little acidity to it that works well with the dish. I’m not huge on the apple cider vinegar part. I’ve tried it out a few times in some other Miss Fresh recipes and it adds a weird taste to it that takes time to like. Overall though, this one is good. I’d redo it but maybe change out the apples or maybe use something else than vinegar.

Miss Fresh doesn’t fail us. I’d venture to say that this is one of the better boxes because all the meals were winners even if I would have tweaked it to match our tastes a little better. Shrimp Rolls definitely take the win for this one. That peanut sauce is to die for and the rolls are good even in its simplest form. I’m actually craving it as I write this up (not only because it is during my lunch break).

One thought on “Recap: Miss Fresh #9”