This Saturday marks the first day of starting to work on those unwatched movies in our quite extensive movie collection. It kind of haunts us as we sit there and play video games or turn on Netflix and choose something there and especially when we switch on Pitch Perfect or Easy A for the nth time. While I would love to go in my favorite sequence, alphabetical order, there are movies that I’ve wanted to watch and push away. Plus, last year Netflix A-Z (which I still have to wrap up very quickly but am taking a little break), took a lot of funky turns into movies I wasn’t sure I wanted to watch. This year, I’m taking a “follow my heart” path and the first movie as I scanned starting from the “A” and landed on the first movie in “C” for The Call. I like Halle Berry enough and I love Abigail Breslin and its been one that I’ve wanted to watch for quite some time. 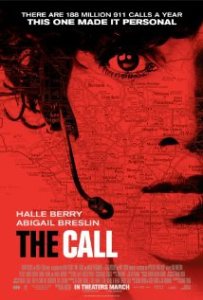 When a veteran 911 operator takes a life-altering call from a teenage girl who has just been abducted, she realizes that she must confront a killer from her past in order to save the girl’s life.-IMDB

Thrillers have a hard time of striking a good balance of building intrigue, making us care for the characters and feeling immersed. Many movies beg us to question ourselves whether the end justifies its means. Sometimes the journey os so great that we can ignore a lackluster ending. The Call is not one of these situations. It starts and climaxes to incredibly tense and immersive moments. However, the third act turns into such typical Hollywood territory with a finale that makes it feel even worse. 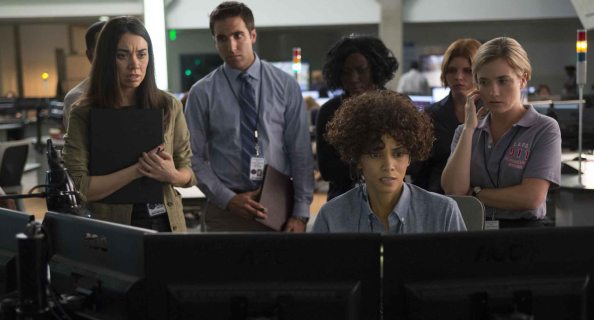 One of the best parts of The Call is its intelligent characters. Most specifically, Halle Berry’s character called Jordan, who is a 911 operator who goes through a situation that breaks her and turns into an operator trainer instead until by coincidence, she walks past a call that the current less experienced operator can’t handle and she takes over. Jordan is a good character with her struggles and pains. We never dive very deep into her inner scars and if this movie was longer, perhaps they would have but that make make it too dramatic for its own good. Jordan is smart and collected and she guides a call of a teenage girl using a disposable phone kidnapped in the car trunk. She may have a ton of tricks up her sleeve but her true quality is constantly reassuring and encouraging the girl to not give up even after a few traumatic events. Jordan is a fighter and in many ways, this call might be the closure she needs to get back onto the floor of The Hive (aka the 911 operator center). If her character makes us believe in the stress and hectic environment 911 operators go through. In dire situations, this job is not a joke because the flexibility and fast thinking and adaptation skills could be what saves or kills someone. That is the beauty of Jordan’s character but that is until she makes an unexpected but also rather unrealistic choice to me with gets us into the third act. From there, the character somewhat crumbles as well.

While Jordan is the character that standout, her role can’t be accentuated without where the actual kidnapping is going on. Abigail Breslin plays the kidnapped teenage girl. She struggles to find her strength but eventually does and lasts much longer than we would expect. We don’t know much about her but we do want her to survive as much as Jordan does. However, her angle doesn’t only show her conversation with Jordan and what she does to try to escape or be rescued but we also get a glimpse of our kidnapper. More than a glimpse perhaps because things do get quite out of hand. In fact, our seeing kidnapper is the sneak peek that our characters don’t know. The right amount of suspense is built to make sure that we also will be at the edge of our seats wondering what is the deal with our kidnapper and who he actually is. In fact, Michael Eklund takes on the role of the mysterious kidnapper quite well. He is odd and peculiar in his ways. There’s something rather off-putting about his character, which unfortunately, doesn’t amount to much but at least we get a good idea of why he is doing what he is doing. 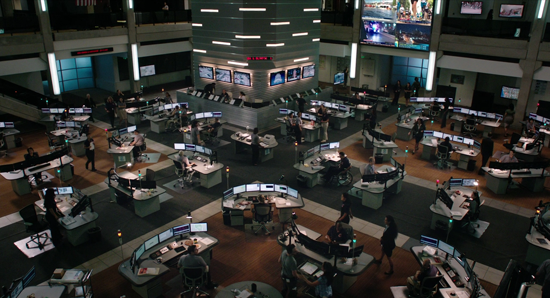 Overall, The Call does a lot right. The setting in The Hive or the trunk or en route. The character’s are engaging and intriguing even if they don’t really get the emphasis or care that perhaps a longer story may have benefited from, but then it might not be all that necessary. The plot and pace is intriguing and tense for the most part. What it suffers from and dooms it is the final act which heads into the typical Hollywood arc which dives out of reality and becomes a little nonsensical with our main character seeming to make bad judgement calls over and over again. It is a shame because if they had pulled together a better ending, The Call had the potential to be so much more. Except all we have left is this disappointing finale that somewhat makes us forget how great the first two acts were that led to it.

Have you seen The Call? What are your thoughts?