More hiking was set for us on that week of staycation we had. With a little research, we found our second location which is rather nearby to Montreal also at a offseason ski resort, Owl’s Head. I’ve only ever heard of it before. Owl’s Head, just like most ski locations but hiking spots in the summer/fall, are really another type of beast. They have some designated paths but mostly, its a free walk uphill. Owl’s Head was no different. In fact, the trek up was pretty intense. it was incredibly steep and pretty tiring for such a short walk. We didn’t make it all the way but we did get almost there except for a winding path that went up to a booth or ski station or something. However, the view along the way opened up over a lake and with the leaves changing colors, it was really breathtaking.

Here are some shots of what we saw. It gives an idea of how steep it was and also the views we saw. On our way down, we actually encountered a cute little fellow and I took a little video of it. 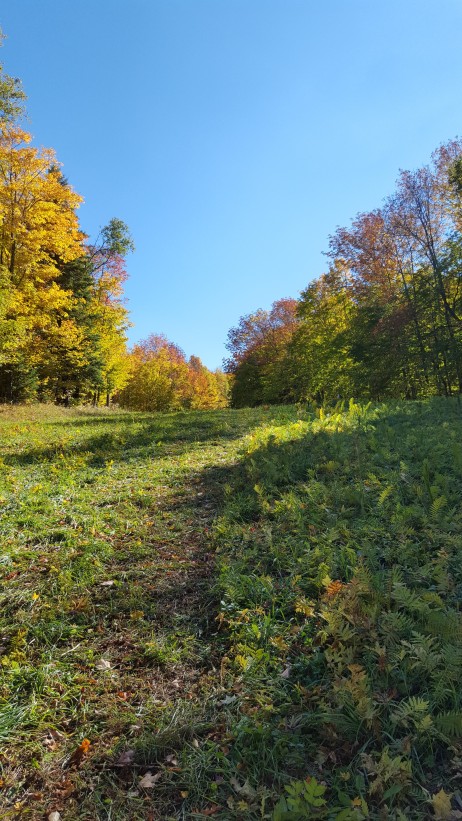 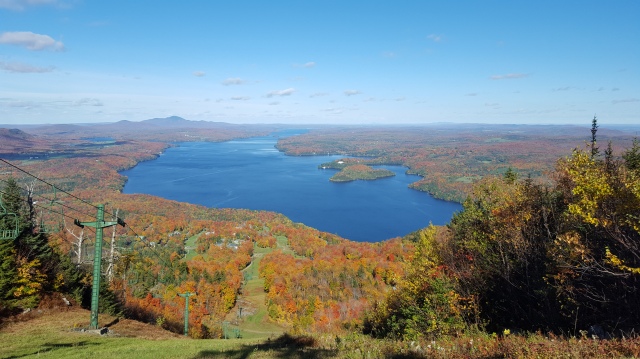 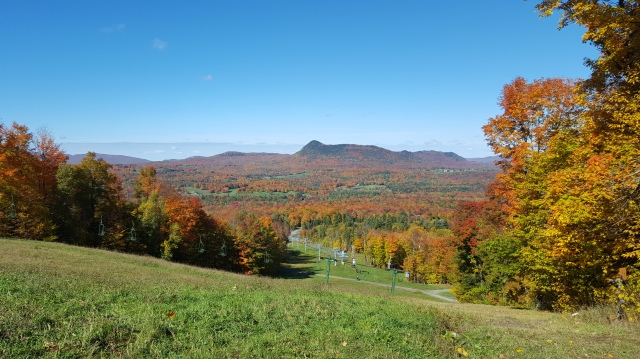 And for our little porcupine encounter. This porcupine is definitely not full grown but then I’m not a porcupine expert. It was adorable as heck as it walked around forward and in circles and forward more and then went up the hill. It was a slightly windy day so sorry about all the windy  noises.

A lovely  little location for a short but challenging hike. It was getting cooler that day and on the hills near where we saw the porcupine, there was frost forming on the grass. Still, we enjoyed it a lot. Sometimes, hiking can really get to us and we want to give up but when we turn around and see all the natural beauty around us, it gets us all pumped up again to go higher and makes it all worth it!