This past Saturday was a busy day with one event in the morning, Montreal Independent Games Festival (which I will cover over at That Moment In) and another late evening one, which is this one I’m about to talk about called Foresta Lumina! Foresta Lumina has been an event we’ve been planning to go to since last year but never found the time to last year. Finally, after our first reservation was cancelled due to thunderstorms, it was rescheduled for this past Saturday night. Foresta Lumina is located in Coaticook, Quebec which is about 1.5 to 2 hours depending where you are heading out from.

It is located in the Parc de la Gorge which during the day is a park for hiking and outdoor activities. The Foresta Lumina trail is adorned with lights and visuals telling a story of an enchanted forest which once had a lot of fairies but was plagued by a monster that could turn into a handsome man to trick them into the fairy’s eventual demise. However, before the fairies were taken, a mysterious force from Foresta Lumina appeared and saved them. This is why the forest is magical and protected by enchanted forces. 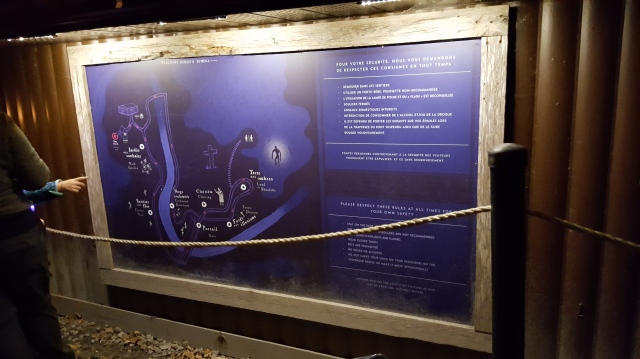 There isn’t really much to say about the trail and even pictures are hard to judge. Still, here are some more acceptable shots that turned out alright. I need some serious night time photo shooting practice. 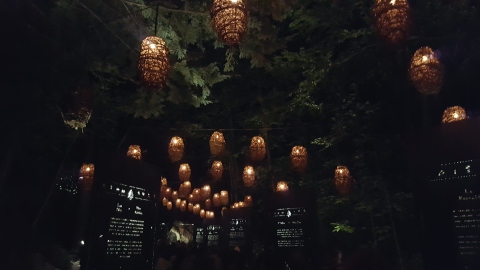 The start with Lanterns

Passage to the Bridge 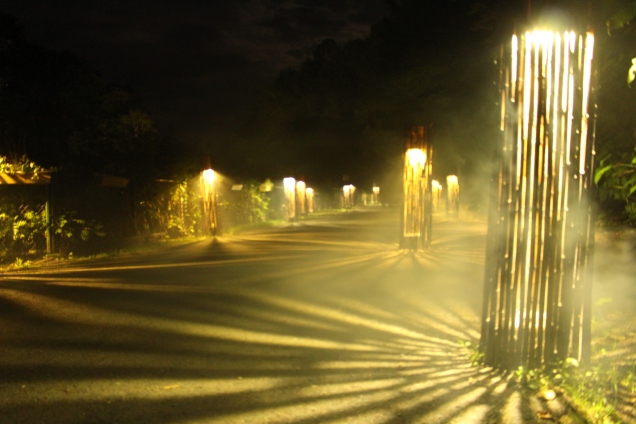 For those that want to go on this Foresta Lumina trail. It is extremely dark in some parts but also quite enchanting and pretty to see. However, those with walking difficulties should be aware that there are some pretty steep slopes and the path winds up and down with tight walkways and stairs also. You do cross the beautiful suspended bridge which happens to be one of the longest in Quebec (I believe). It is also where they create it where it seems like we cross realms into the magical world.

Foresta Lumina is a fun experience however it is only 45 minutes and perhaps the hype of it got the best of us. We were a little underwhelmed while it was still pretty magical for the most part. We did discover that Coaticook may have quite a bit to offer to explore.

One thought on “Foresta Lumina”