I’ve said it time and time again. Comedy is one of those things that are completely subjective to the individual. That applies particularly to stand-up comedy which I am even more picky about and probably a lot of you are also. Thing is, I feel like I should be at least shedding light on what has been taking away some of the movie watching time and how its kind of diminished a little. I started checking out the stand-up comedy on Netflix and you know what, I kind of like a good few of them. That is definitely a surprise to me. This Saturday and the next one, I’ll share four of the stand-up comedies I have watched and talk a little about it.

The first two that I checked out are these: 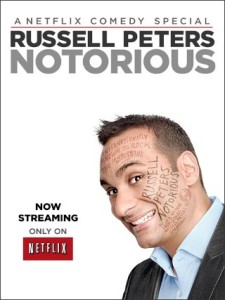 One of the first comedians to make me laugh was Russell Peters a few years back when I was in college. Up till then, I would switch the channels whenever it was stand-up comedy because I just don’t find it funny at all. Russell Peters excels at imitating accents and uses the cultures he has witnessed to spin jokes around it. I have to say that for Notorious, it took me a second time to enjoy it more. Most because Notorious is quite vulgar diving into a lot of sexual content that I thought wasn’t too necessary. However, when it was back to the roots of other cultures and experiences with his father and immigration and just using accents, those were quite on point. The first half was funnier than the second half but then the finale portion was really funny also. 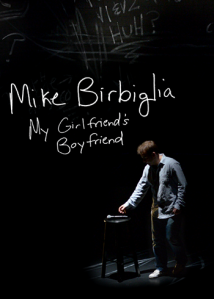 Mike Birbiglia looks so familiar, except I couldn’t pinpoint where I saw him before. After rummaging on IMDB, I realized he was in Orange is the New Black as Danny Pearson, a role that I enjoyed quite a bit. He was also in The Fault in Our Stars. This is kind of like his story of his belief in love or lack thereof. Its a subtle little show. Its never a really big laughter but rather chuckles frequently except at the ending portion about this event of a car accident that he talks about which is just downright hilarious.

That’s it for this Comedy Round-up!
Its a little short but stand-up comedy is an experience so just a little impressions post more than review!