Moving along with the Valentine’s movies! The next Netflix selection is going to be a little sci-fi romance called In Your Eyes.  Well, I guess the premise is sci-fi but its really a romance for a good part of it.  I find it funny that this coincided with the fact that I had rewatched Cloverfield for The Random Chat Show and it had the same actor playing the main guy.  I never see Michael Stahl-David in much and suddenly I watch two back to back movies with him in it.  In Your Eyes has been on my mind since it landed on Netflix.  It looks like a really fun story and with Joss Whedon as a writer, it shows great promise.  I lie though because I didn’t know that until the movie started playing and the credits were flashing around the screen (I think), then I started fearing about how things would turn out… 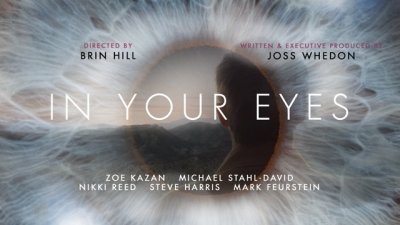 Two seemingly unconnected souls from different corners of the United States make a telepathic bond that allows them to see, hear and feel the other’s experiences, creating a bond that apparently can’t be broken.-IMDB

In Your Eyes is a romance with notes of science fiction, mostly because its about a telepathic connection where the two can see and feel each other as well. I’m all for the premise.  It called for fun moments of just how having someone else in your head and not being able to remove that voice and how it becomes a crucial part in your life.  However, its not only about that.  Its about finding yourself when someone else can see and live the life that you are living and see it in a different light.  Its a clever story and one that I found builds on the connection really well especially since the two main characters acted out the scene by themselves. 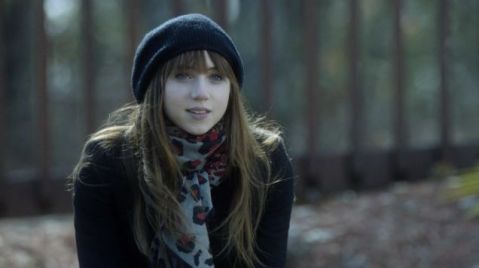 I did some research on how they filmed it and it was the female lead, Rebecca (played by Zoe Kazan) that filmed her parts first and then the male lead Dylan (played by Michael David-Stahl) would do his part.  While they would be on set together, they were never on the scene together.  Its an interesting concept and seems like a truly challenging task. However, what more could you expect when the script is written by Joss Whedon, right? Originality is a strong suit in his work. The story is special and its one that usually we don’t quite ever think about (at least I haven’t). We’ve seen telepathy and romance and voices but combining the fact that there’s this mysterious phenomenon that two people never really know that they are connected since they were young (but we do) until later on in their life when they truly need each other.  They don’t only connect, they can see and feel everything around them.  That just takes it to another level and one that I love so much. While its about a connection being built between Rebecca and Dylan, there is an undeniable romance going on in the background but I thought the idea that they saw more out of each other was the key here and sending a message that others can see what our judgemental selves don’t usually see.

What makes it amazing in this one other than the story itself is the chemistry between Dylan and Rebecca.  Michael David-Stahl and Zoe Kazan are fantastic in their roles capturing the wounded selves they are and just what has lead them to where they are.  Finding each other kind of saves them because they bring a new hope even though its not right next to each other physically.  It feels like there’s a statement somewhere here about how knowing someone is there is much stronger than a person physically being there.  Knowing how this was filmed after watching it makes me feel that they both are excellent actors and deserve much more opportunities. On a side note, there’s a minor supporting roles with Nikki Reed and Jennifer Grey.  They had rather simple roles but helped move the story along a little also. 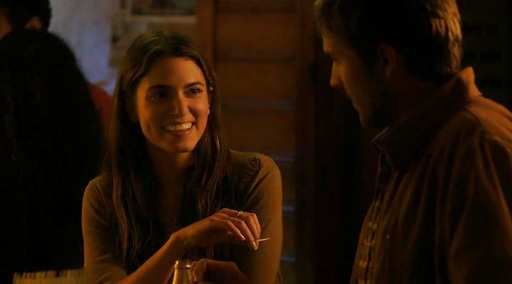 Overall, there isn’t much to say about In Your Eyes! It was a great premise and a beautiful storyline acted out with a fantastic chemistry between Michael David-Stahl and Zoe Kazan playing Dylan and Rebecca respectively.  Its not all about romance but more the connection of having someone with you and the message it sends is one that deserves some thought.  On top of that, there are a ton of great moments in this one and one that just blew my mind. From the contrast in their life and how they relate to each other, and even just watching how the world reacts to them in public when they are in their world looking like they are talking to thin air, it even shows how the outside opinion from people around is really influential but at times also very fun. This isn’t a conclusion anymore if I continue.  Point is, I love this movie. Its been a while that I’ve seen a modern day  romance that truly blew my mind and just made me fall in love with the characters. Its an amazing feeling! 🙂

Have you seen In Your Eyes? What did you think about it?

We have one more Netflix A-Z movie in this Valentine’s Marathon for letter J! Any guesses?