Wow! I’m finally sitting down and writing an actual post at my computer at home.  You know what? I haven’t done that in quite a while.

Work has been killing me.  Just to give you an idea.  My huge work deadline is tomorrow and it has been a ridiculous week with extended work days and I went in this weekend. I actually just got back. Regardless, that doesn’t matter.  I think things will work out 😉

With all that said, it might be the event of the last two weeks so with a serious case of winter blues that was the week before that, I don’t really have a lot of stuff backlogged which means next week looks incredibly empty.  Haha! I guess stressed out days reminds me that I really love blogging and writing and just reading everything.

With that said, we’re keeping this Weekly Adventures short!

First, a song because the title says it all!

After that, a song that made me so happy because its so adorable and awesome all at the same time!

Finally! In the middle of next week, we’re going to kick off the Valentine’s marathon! 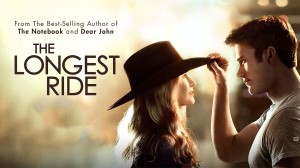 I have some pretty awesome movies lined up! First of all, you’ll be seeing me move along with the last two Nicholas Spark’s movie, The Best of Me and The Longest Ride. A year or two ago, I embarked on a “torture” fest (which turned out better than I expected) to watch all the Nicholas Sparks.  Let’s face it, the adaptations won’t ending any time soon so it will always be a work in progress. And before you ask: No, I’m not going to see The Choice in theatres.  I’m totally not feeling it for the trailer so maybe I’ll just skip that one completely.  Or wait till it lands on Netflix. Netflix A-Z will also be romance/rom-com heavier.

However, it won’t be just movies so don’t worry about it! I’m deciding on what to do as Valentine baking projects and I still have Pinocchio themed baking to do.  And of course, there’s also some unboxing to go up.  This time, its not my scheduling problem.  I just haven’t received it yet.

That’s really it for this time! Short and sweet!  Its not much of an adventure but you know, real life just takes over sometimes 😉
I’m off to go prepare for next week and maybe take a nap to recuperate or play some games to relax!

P.S. one more song as bonus because I’m so happy that The 100 Season 3 started and Netflix has it updated weekly! Episode 1 was so awesome!

Hope you all had a wonderful weekend!! 🙂