After some intensely busy holidays, life feels like its tapering off into quiet.  Slowly but surely it is. The one thing I do notice in January is the immense amount of birthdays.  Not a complaint, of course.  I like being invited to parties, even the hermit in me likes to go out and have fun. The first half of January is a little slower than usual. You will see that this might be a rather short Weekly Adventures that isn’t really that adventurous but I still have a few things to talk about. 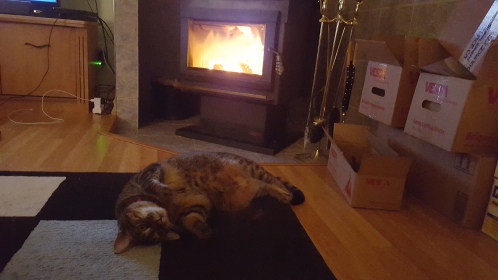 Wait a minute! That’s not an adventure! I already told it isn’t but the first half of January was all about my cat napping and recuperating her nerves from all the unexpected visitors that invaded her safe home and once her purring starts, she makes me want to doze off. It was an endless cycle.

Family Dinner at the In-Laws

Last weekend, we had a proper feast at my in-laws with everyone in my husband’s family.  I drank a little too much of my father in-law’s heavily spiked punch and totally channelled all the French speaking me and tucked away all the self-conscious part of me. It was a ton of fun.  I think this picture is just missing the chicken wings that were still in the oven at this point.  Those were fantastically delicious!

Two years ago, I was great at this, maybe it was 3 years now.  Then, I got that eye infection that wouldn’t go away and it just kicked that perfect sleeping, eating and exercising routine out of the equation.  I get it back in the summer and if anything, I proved that in some pretty extreme conditions, I can still push myself to work out when I need to. Then winter rolls around and things get out of whack again. I didn’t mention it for the New Year’s post but its kind of a the past week decision to slowly make the transformation.

Consider this a new goal this year and I’m going to give you updates so I stay accountable!

I’m going back to a mostly gluten-free diet, working out (weights and cardio) 2-3 times a week and getting back a good sleeping routine, which means no more procrastinating and being much more efficient at organizing everything.

I’ve posted during the holidays that I was updating the site and getting linked up and making sure the indexes were all good.  I did a bit of editing and actually finished all that up that day. But it also occurred to me that we’re approaching 5 years and I’ve been wanting to make a banner and reposition where I am. I have some funky connected Google+ accounts and I really just use social media for the blog except for Facebook but I don’t have a Facebook page.  Which reminds me? Should I set one up?

Either way, story is…if you happen to drop by any videos on any pages like vlogs or whatnot, they won’t work because while I was trying to work out some magic to transfer my Youtube accounts and change the connected Google accounted, I deleted my own Youtube by accident and there we go…all the subscriptions and likes and lists and videos are ALL GONE! It was my mistake in the beginning while setting up the Google + account and realizing it wasn’t done right and now, it was hard to fix it up. I’m not particularly skilled at technology so that didn’t help either.

Well, I do firmly believe that to revamp something completely, you need to break it down and rebuild it in some ways.  Just like when you want to clean something thoroughly, you first create a bigger mess and then clean it all back up. Maybe its a weird method. It works for me though.

With that said, its just an open invitation to clean up a ton of stuff on the site and fix the menu and widgets and all that stuff.  Expect to see some changes gradually show up over the next week or so. If anything doesn’t work, its because I’m messing around with it so just drop by again and things should be all good again.  It shouldn’t affect anything recent since I’m just relocating and evaluating posts from 2011-2012 mostly.

In case you missed it, I’ve teamed up with Drew at Drew’s Movie Reviews for an upcoming Blogathon called the Ultimate 80s Blogathon to be held on February 15th.  For more details, you can check out the announcement post HERE! Its actually my first time to run a blogathon so its very much thanks to Drew who helped push me to do this one.  Even if you don’t normally write reviews, you are still welcome to do a little write up of your favorite movie. Even if you aren’t a blogger, we really looking forward to see everyone’s choices!

I don’t normally do much for the death of actors.  I did only once before for Paul Walker.  This past 15 days marked two influential stars passing away but just yesterday, we lost Alan Rickman, someone who my husband and I really love as an actor.  He is so talented and will definitely be missed. I feel it right to take a little moment here to look at some of his memorable roles to us. 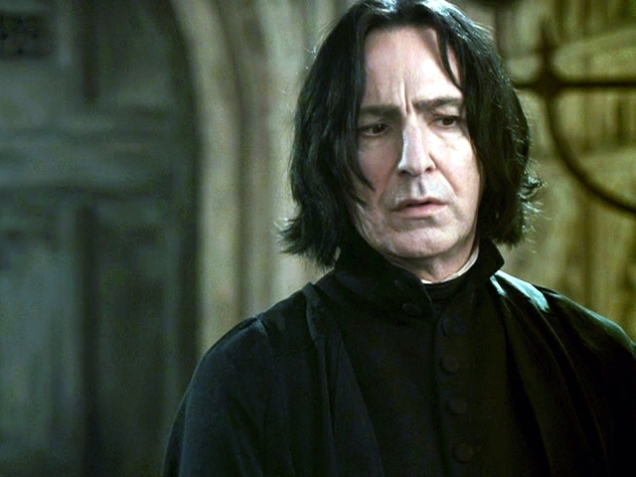 Events are kind of picking up again. I’m just trying to find time to get to them. I did go to one restaurant in Janvier a la Carte at Quartier Dix30, which is a little shopping/entertainment/dining complex in the suburbs of Montreal.  I’ve probably mentioned it somewhere else. Regardless, I will have a post for that going up.  I do want to check out another one if I have the time and company, but no promises on that one.  As I do need to make time to catch up on some movies at the theatres like The Revenant.  I personally want to go to see 13 Hours and later on, The 5th Wave. There are a myriad of winter festivals starting to pop up so I want to try and get to one of those as well, maybe see some ice sculptures.  I’ll fill you all in with an upcoming Events post very soon. I have some plans in the making for February and March weekend getaways if things work out well.

I’m going to keep this short since I’ll have something special go up in just a few days.

To wrap it up, upcoming posts… 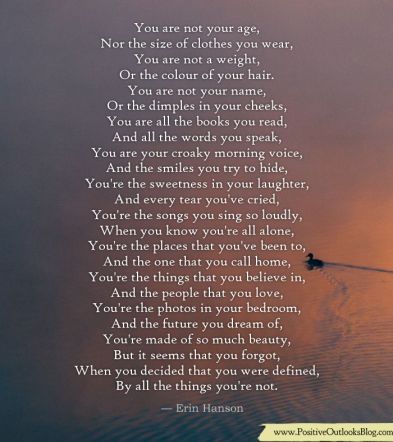 6 thoughts on “My Weekly Adventures!”