Here we are! At the most dreaded movie pick in my Netflix A-Z line-up.  I don’t know why I hate it. Maybe its because its rated badly or maybe its because Megan Fox is in it and I have zero confidence on her. Whatever the reason, my expectations for Teenage Ninja Mutant Turtles are about as low as you can ever expect.  So low that they are probably almost non-existent.  I know I should stay positive but hey, at this point, there’s only one way this viewing can go and that’s up. There’s some positivity for you, right?

When a kingpin threatens New York City, a group of mutated turtle warriors must emerge from the shadows to protect their home.-IMDB

When you watch something like Teenage Mutant Ninja Turtles, you can’t help but ponder what is a good movie? This is an entertaining movie that reminded me A LOT of Transformers, you know, Age of Extinction.  While its not exactly good and you know that but then it has its redeeming fun traits.  I didn’t care much for the turtles or April and I guess the only person in the movie I really found super adorkable was Will Arnett’s character Vern.  I mean, that guy is downright cute.  And the super goofy and cheesy dialogue does match with the silly TMNT thing and it really made me laugh here and there but what was the story anyways. 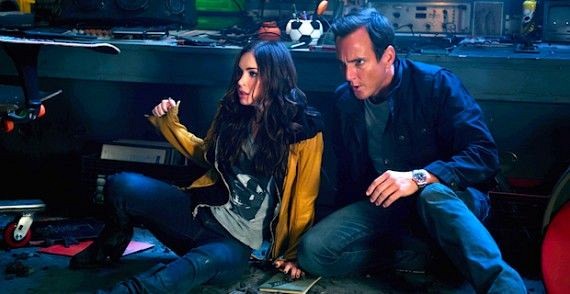 TMNT is kind of like a super hero movie, right? What makes a super hero movie work is a convincingly competent villain.  Shredder has all the looks and William Fichtner always makes me want to punch him in the face.  He just has a villainous look and yet, there was no worry that they wouldn’t come out on top.  For two characters that looked villainous and was menacing, they really didn’t make me feel any tension. 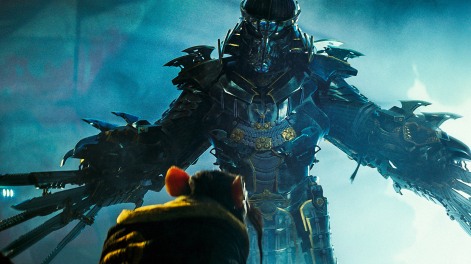 One thing did surprise me about this was that I didn’t really mind Megan Fox as April.  I really don’t like her much as an actress but she was okay.  However, while the story didn’t have much intensity to it, its focus was on the Turtles themselves.  It worked really hard to build the goofy turtles who each had their own unique personality.  For that, I give this movie some praise.  It was a lot of fun to watch them.  My favorite hands-down goes to this scene below:

Overall, Teenage Mutant Ninja Turtles is not good.  Its just not.  I know it when I watch it.  I did have a few laughs with the turtles and Will Arnett’s Vern character.  Those moments happened more than I’d like to admit in all its cheesy and goofy glory.  The graphics are decent and there’s some fun here but the story is empty.  Its all show and no substance? Maybe thats harsh but its the truth.  Its like going to see some movies: Transformers, Resident Evil… except I’d probably sit through those before this, but its kind of just random brainless entertainment. Its not as bad as I thought it would be but that’s probably because I didn’t have any expectations for it.

Have you seen this new Teenage Mutant Ninja Turtles?