We’re almost nearing the end of the vacation.  Second last stop before we arrive back in Seattle and finish off that half of a day before going home.  But, let’s not jump ahead too much. These vacation posts are in delay and I did do a few little day trips afterwards so I’ll be probably posting about those after this series 🙂

After a beautiful day in Glacier Bay National Park, we arrived early morning at Icy Point Strait, which seems like a little island.  We didn’t have any shore excursions for this one so we just wanted to do a walk around the island and explore. For the first time, we needed to get a ticket sort of thing and have a shuttle boat or whatever you call those things get us from the cruise ship to the shore.  New experiences, right?

Right when our boat was about to head to shore, a whale popped up right in front of it. Obviously, it was a split second deal so my eyes captured it and not my camera.  Throughout that day, it was fabulous weather in Icy Point Strait and the island had a little trail that we took a walk around and then just explored the little museum area. 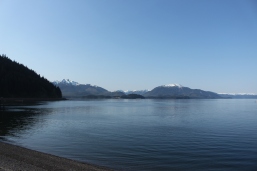 Along the waterside, I took a ton of close-up shots of shells, waves, stones, seaweed.  Stuff that doesn’t matter but I really like taking close-up shots and thing finding focus and adjusting what is the key of the photo and whatnot. That’s just the learning photographer side of me.  Here’s just a few selected ones that I thought was pretty good. 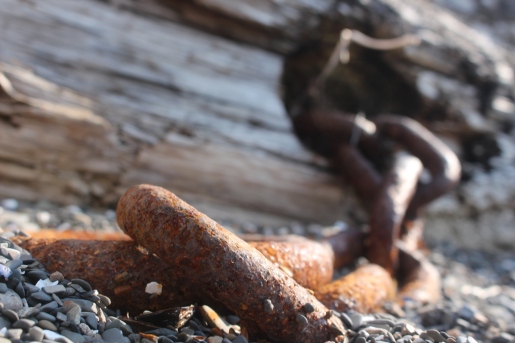 We ended up going back to the cruise ship relatively early and having some time to finally enjoy some time in the hot tubs with my mom.  While I was reluctant and first to do it at first, it was remarkably comfortable and relaxing.  Plus, from where we were, we could see humpback whales playing in the water everywhere.  It was pure awesomeness! We didn’t get any whale watching shore excursions but we still got to see it as a bonus 😉 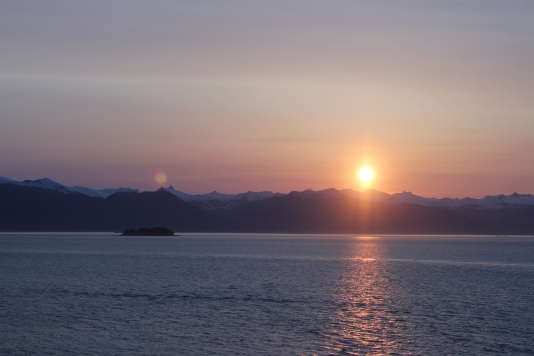 It was a great day.  The next one would be spent at sea before we head on board back in Canada at Victoria, British Columbia.  I have a friend that moved out there so I was pretty excited to meet up with her.

Drop by next week to see the post on Victoria, BC 🙂