J was a tough one to choose.  Somehow it slipped under my radar that my original choice was removed from Netflix.  Bye, Jack and the Giant Slayer.  I was actually looking forward to seeing that one. Oh well, maybe you will reappear.  For now, I changed to this selection, Jump which I know absolutely nothing about but its been on my list for a good while.  I only landed on this one because the main girl Nichola Burley was in StreetDance and I liked that one quite a bit.  Originally, this was supposed to be for my New Year’s Eve watch since that is what it revolves around but you know what, if I’ve learned anything from this expiring business, I just need to get things out of the way. So yes, here we are with an Irish drama selection.  I’m just crossing my fingers that its not depressing because it looks like it will be…

Its New Year’s Eve. Crime boss Frank Feeney’s daughter, Greta is on the go.  She wants to end her life and find peace in death.  As she stands on the railings of the bridge, a beat up stranger Pearse Kelly saves her.  Pearse isn’t having a great night either as he is being chased by Frank Feeney’s goons because he is trying to figure out what happened to his younger brother who has mysteriously disappeared.  Together they concoct a plan to run away from this place and start anew except could everything go as they plan?

What is Jump? I can hear you asking.  Well, think about a drama where Murphy’s Law is in full effect. In a certain way, its kind of like that.  On one side of the spectrum, its all about everything going wrong, and then things start going right in the second half.  Mix that up with a set up of something like Memento where the time line goes back and forth and then converges, this is where we are pretty much.  While the beginning was a little confusing until I figured out that it was going back and forth, it actually was trying very hard to be thought provoking. It may seem like a dreary topic and there’s all sorts of death and whatnot when involved in this crime world.  Thinking about it now, there seems to be a bit of contrast going on between making good and bad decisions, when to take responsibility, guilty and innocent and in the process, its about finding the person that you are. Greta, one of the criminal goons Johnny, Pearse, Greta’s friends Marie and Dara, even big boss Frank Feeney himself seem to go through some form of change through the events of that one night. The point is that, New Year’s Eve is a celebration of the New Year coming in and Greta starts off the movie with a monologue about just that. 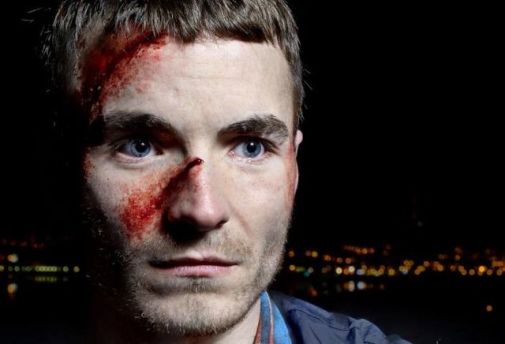 Talking about that, Greta starts off her monologue and then she gives us a view of the characters that we’ll be meeting as the film moves on.  Except with all the characters that really matter in Greta’s life, for a movie that is pretty standard length, it doesn’t really give enough emphasis on some of them. I’m not saying that its a bad thing but it feels like especially the relationship of Greta and Pearse who just meets and concocts a plan and then seems like they have a deeper connection that happens somewhere here and there makes it less able for us to connect with them.  If anything, the supporting characters had more of a simple solid story than her.  This wasn’t meant to be a love story and I think that was the decision to not put too much emphasis but when certain events play out, I didn’t feel as impacted by them. 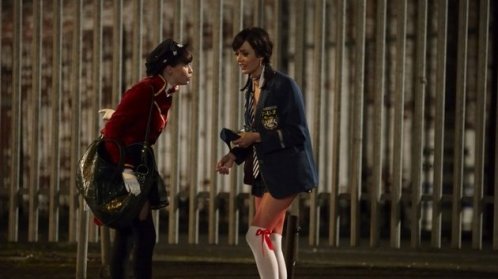 While no one storyline gets a lot of time, the part with the thugs hunting down Pearse and the Greta’s two friends, Marie and Dara are particularly fun to watch.  For them, its a mix-up of things going wrong and being completely confused when there is a bigger plan going on that both of them unexpectedly get involved but never really knowing what actually is going on. But somehow the night ends and then they are where they are.  I’m being vague but that is just trying to be spoiler free.

Overall, there isn’t much to say about Jump.  Its a good story and the execution is rather intriguing and creative.  For the most part, everything works but I would’ve liked less characters or just more care in developing the characters so that I could care more, especially about the main characters who should be our focus.  There’s a lot of hidden messages in this and the whole theme and point of this is meaningful also.  Its about finding who you are and just having the courage to embrace who you are and facing the consequences or just believing in new beginnings and fresh starts and for Greta, it was about figuring out what feeling something was and what finding peace of mind was.  Even though her character didn’t get the development I wanted on a profound level, I still learned something from Jump.  In the end, it had the potential to be better but I’d watch this again, no question about that.

Have you seen Jump?

K selection is next! What do you think it is? Hint: Coming of age story!