Its taken me all day to finish writing up these posts but apparently after a whole day of meds, water and losing my voice then watching Superbowl, I finally feel a little more energy to get this finished up.  I promised a review to kick off the Valentine’s Marathon and we are starting with two consecutive days of Drew Barrymore movies. Its all coincidence because Netflix decided to expire those two movies.

The first of the two to kick off this marathon is Never Been Kissed. I’ve never seen this (or the other one for that matter). Let’s check it out! 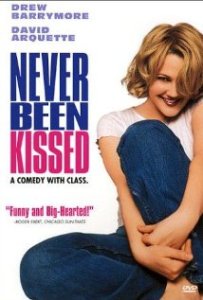 25 year old Josie Gellar (Drew Barrymore) is the youngest copywriter at the Chicago Sun Times.  However, her dream is to become a reporter.  A chance presents itself when she is sent to do a undercover report posing as a high school student in her old high school South Glen South.  Having to face her nerdy unpopular high school past, she tries to get along with the popular kids with the help of her brother, Rob (David Arquette).  At the same time, she realizes that her feelings for her English teacher, Mr. Coulson  (Michael Vartan) are growing at the same time.

First of all, let me confess that I’ve never been much of a Drew Barrymore fan.  I’ve never seemed to like the roles she plays or maybe just how she portrays them but then, I haven’t seen all that much either.  To be fair, I actually watched Never Been Kissed and then rewatched it a few days later and my second viewing yielded a lot more love for it than the first viewing.  I’m not exactly sure what that says but one of the best parts was all the younger versions of actors/actresses that I’ve noticed like Leelee Sobieski and Jessica Alba both as students.  Oh, and there’s also a very young James Franco. 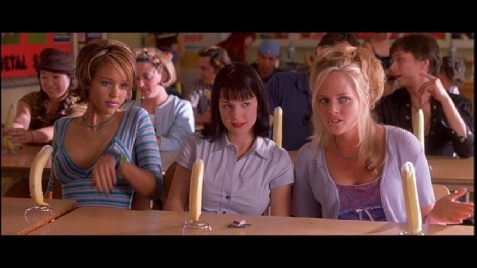 Never Been Kissed is an okay romantic comedy. I’m not going to remember it or want to add it to my movie collection any time soon but there’s something really sweet about it also.  I’m not such a huge fan of it exaggerating the whole nerdy student thing because trust me, I’ve known nerds in high school and I wasn’t a popular kid and its never that absurd.  Sometimes, I’m not a huge fan of stereotypical portrayals of certain roles and I think that’s really what didn’t work as well for me the first time. But, on the second viewing, I think I got used to it a little more and actually found that what really worked was the whole message about adolescence and high school and just how no matter what generation, it really doesn’t change all that much as far as the student population goes and just the whole popularity thing. 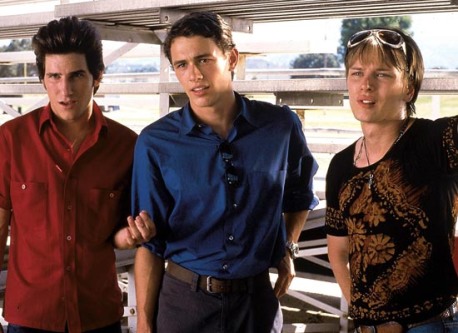 Now, we’re talking about a romantic comedy so our main stars here is Drew Barrymore’s Josie and Michael Vartan’s Sam/Mr. Coulson.  Now, there is two people which really has some amazing chemistry.  Oh, and what makes this movie awesome also was that Mr. Coulson totally is an accurate portrayal of that young good-looking teacher in high school that the girls like to go to their class.  In this case, its English class but for my high school, it was French.  Thats just my way of saying that I think Michael Vartan is really handsome and totally adds to why I would watch this again.

Other than that, what makes Drew Barrymore’s character Josie pretty good was that although she is totally awkward and nerdy at times, she has this really passionate regard of finding that person that she loves and would give her first “real” kiss.  I mean, its also one of the parts that made me fall in love with her character a little. Here’s the quote: 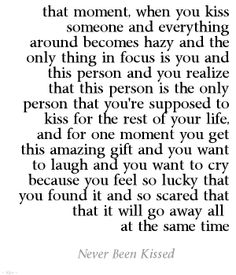 Never Been Kissed is not a perfect romantic comedy and its just about average with a few good and bad points to level itself off.  Drew Barrymore carries her role well as the nerdy Josie looking for her career break but finding more than she imagined in her love interest, Michael Vartan.  Their chemistry in every scene together is pretty fun to watch.  Also, there’s an enjoyable element of watching a younger Jessica Alba, James Franco and Leelee Sobieski on screeen.  With a few memorable quotes to add to the mix, this could be a decent choice with a few laughs at the absurd and awkward situations that happen.  It probably wont’ be memorable but there are a few sweet moments to enjoy. 🙂

One thought on “Valentine’s Marathon: Never Been Kissed (1999)”