As my friends would say, seeing anime at Fantasia is where the roots are at.  I don’t remember what the roots are of Fantasia.  In my book, if a film festival offers good movies, I don’t really care what genre we’re looking at.  Maybe thats what makes me passionate about movies and diving into that new world.  Regardless, I was intrigued by this North American premiere one in particular called Hal (Haru for the Japan title). Its a short little one hour long movie and was accompanied by a short called Sonny Boy and Dewdrop Girl to start things off.  Plus, we had the trailer/gameplay of Rainbox Six Siege which was pretty cool.  You can actually find that trailer on Youtube.

First of all, I feel like I should talk a little about the short: Sonny Boy and Dewdrop Girl. 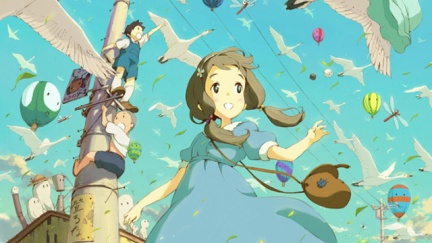 This is just a cute little story about a boy who has a crush on a girl in his class and then she announces that she has to move away for whatever reason so he has to find the courage to tell her how he feels.  Its silly, fun, cute, innocent and so funny to watch.  A lot of people (if not everyone) had a good laugh with this short.  Sonny Boy was just hilarious in how clumsy he was and then the animation and imagination was totally adorable. It was a beautiful way to start off before the actual movie.

Now for a little synopsis for Hal 🙂 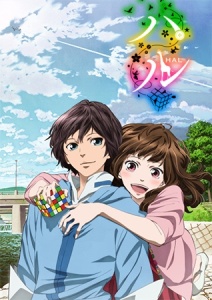 In a future world in Japan, technology has been advanced to the point where robots can behave completely like humans.  Hal’s sudden death took away Kurumi’s will to live and that is when her family sends in a robot who looks like Hal to remind her what living is.  While Hal tries to fulfill her wishes and help her step back into society as herself, he struggles to understand what it is like to be human and how to feel.

Hal is quick and to the point anime at around 60 minutes.  I haven’t dived into the world of anime in a long time and other than Miyazaki’s world, I’m pretty much new to this side of it.  Whether its original or not, I don’t know.  However, this love story between Hal and Kurumi and just how she rehabilitates after the loss of Hal is a touching one.  For one, its definitely not easy to watch and actually leans on the heavy side.  There are some heartwarming moments and some funny ones because not only is Kurumi’s actions awkward at times, Hal is a robot and he also has his funny moments when he learns the little things that humans only learn over time.  Everything is new to him and he has to learn to live also. 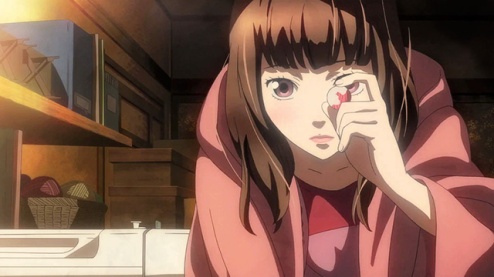 Hal is quite interesting and it all comes down to whether you like how they end this.  There is a twist in this one and I think the appreciation for it comes down to how predictable you felt it was.  I personally was shocked by it and actually thought it was pretty clever.  Along with the fact that everything is very nicely animated and there is a cute meaning behind it, I had a good time watching this.  A girl two seats down from me was bawling her eyes out because she was so touched but no, I didn’t hit that territory.  I felt like the premise was good and they had a good layout but somehow the execution could have been a little bit better.  Maybe its because it was so short that I didn’t get time to really connect with any of the characters and then it ended. I haven’t really pinpointed it yet.

Don’t get me wrong though. I’d definitely watch this again some time but it does lean on the heavy side with themes of life and death being in the front seat. Despite my little complaints, I really don’t see a lot of problems with this.  The characters are done well and it keeps us guessing because if you saw the trailer, it pretty much points to the question of whether Hal was really such a great guy.  I won’t say more because then its going to hit spoiler territory and I want to avoid that.

I have no recommendations but at such a short runtime, I’d say that Hal is worth it.  Maybe it’ll tug at your heartstrings a little more than me but it did have some touching moments along with a handful of awkward and funny ones.  All in all, its a good movie experience and the background music is pretty sweet also.  Plus, I put the end theme song up there and I like it a lot! Its no Hayao Miyazaki story or Joe Hisaishi music but I’d say it still has its charm.

Are you an anime fan? Have you seen or heard of it?