The next day was an outing with my godmother and my mom’s friends from  Montreal at Federal Palace Restaurant in Citygate Outlets located in Tung Chung.  All according to plan because I get to see family and go shopping afterwards.  I usually like to go to Esprit (especially since its stopped operations in Canada) and then go around and check out some of the other clothing outlets.

Still, for our brunch-esque sort of meal, we ordered a bunch of food.

While we were waiting for my mom’s friends to arrive, and I’m telling you travelling around Hong Kong is a bitch. But that only applies when its for my relatives that live in the most secluded places. Like end stations at every subway or train line and I have family there or some business or other there. Regardless, I had already been to Federal Palace two times before in previous visits and I really like the food. 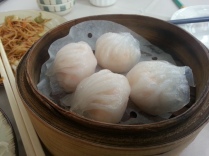 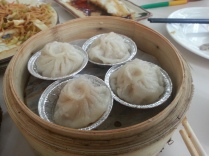 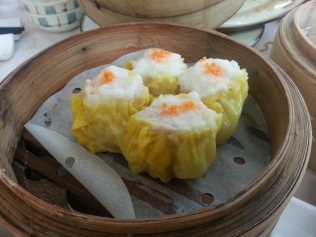 I have to say that Federal Palace wasn’t quite as good this time around.  I used to love their Steamed Pork Dumplings but they weren’t as good this time.  However, the fried turnip cakes are actually really good.  They put something in it that gives it a little flare.  Plus, the Shrimp Dumplings were really decent as well.

Federal Palace has decent service plus although its a bit on the outskirts, it does have a very optimal position.  Citygate outlets has a lot of stores to offer and honestly, if you went to all the stores, it would take you two days.  I went for a few hours skimming Esprit, Giordano, Nike, Adidas, Puma and ended up getting myself some nice clothes and accessories.  It was pretty cool.  Its also good I left after a few hours because if not, I’d be flat out broke 😉 If you aren’t into outlet shopping, its also right next to Ngong Ping 360 where you can take the cable cars to Lantau Island.

Do you like outlet shopping? What are the best outlets you’ve been to?