A round of applause please! I made it through The Departed finally! I figured it was the stylish way to end off the Infernal Affairs trilogy review and finally get this crossed off my to-do list. 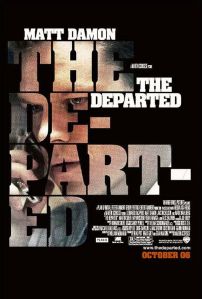 An undercover state cop who has infiltrated an Irish gang and a mole in the police force working for the same mob race to track down and identify each other before being exposed to the enemy, after both sides realize their outfit has a rat.-IMDB

The Departed is inspired by Infernals Affairs in case you didn’t know before. Directed by Martin Scorsese, it has a style that cannot be replaced or doubted. I’ve always been a fan of his despite sometimes really not liking the length especially in gang/crime movies. The Departed really could have benefit from being shorter. The first half was so slow. I literally wanted to cry because it felt like it would never end. And then the halfway point hit and the majority of the events were almost identical to Infernal Affairs.  I’m not saying thats a bad thing but I guess because I found the original to be genius, this one didn’t have as much of an impact.Does that make sense? 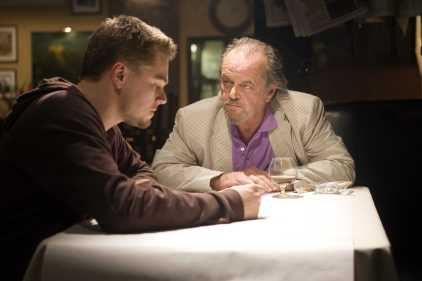 However, like Infernal Affairs, it has a very strong cast. I may not be very knowledgable about Matt Damon but I have always liked Leonardo DiCaprio and Jack Nicholson. They both did well. I still think Leonardo did better than Matt in some ways. The best has to go to Jack Nicholson in his role as the bad guy, the leaderof the Irish gang. He had this outrageous unpredictable nature and that gave immense life to the movie. I couldn’t really picture another actor taking up that role in having such an impact. Another actor that I loved was Mark Wahlberg. He was completely an asshole but it worked well to give the movie some conflict and friction.

These movies are all about the boys but the difference is in the love story behind this. In this one, it just has one lady, but who wants to compete with the lovely Vera Farmiga? She really can act in any role. Her character brought in nice balance especially because she was kind of like the intermediary between the undercover and mole. Her one character replacing the two separate ones gave The Departed a nice little twist that I thought worked very well. 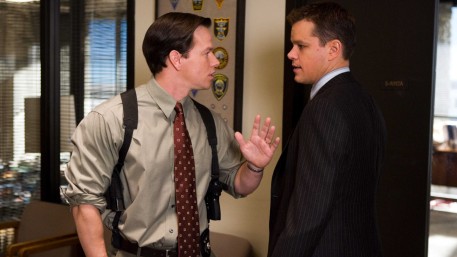 Casting and cinematography are definitely not my issues with this. My issue is really the story itself. I can get that background check would lead to Leonardo’s character being discovered and his getting kicked out. But although its not an obvious connection, Matt’s was really visible ever since he was a kid. How was it not apparent? Maybe its just me being nitpicky but I felt on some levels this was just a little too over the top for my liking.

I really don’t have much to say anymore. Overall, The Departed was an okay remake of its original. It had an awesome cast that brought life to a stretched out story. Although it did give it a new twist to it, I’m still debating if I really liked the ending. I know I’m the minority who doesn’t think this was absolutely great but thats okay. We can’t agree with everything 😉

What did you think of The Departed?