After a few days of break, I finally managed to get a lot sorted out and we’re back to the next recommendation.  This was following my review on When Harry Met Sally (my review HERE) and Dan from Top 10 Films dropped by and recommended me to check out Billy Crystal’s 2012 flick Parental Guidance.  I’m not well known to Billy Crystal except for that flick up there and his performances as the host of the Academy Awards a good while back.  I had my reservations on this one but I’m going to trust Dan and check this one out.  Before we continue, you might want to hit up Top 10 Films and check out their awesome site because although I don’t comment as much as I should, they have some awesome content there! 🙂 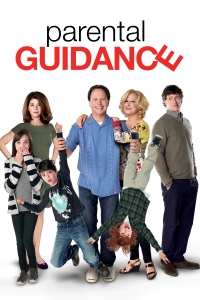 Artie Decker (Billy Crystal) is fired from his job because of his outdatedness.  When he and his wife Diane (Bette Midler) get a call from their daughter Alice (Marisa Tomei) to help look after her three kids while her and husband Phil (Tom Everett Scott) head on a business trip and a long awaited trip. Upon their arrival, Artie and Diane realize the differences between their old school parenting/teaching methods when faced with their grandchildren: Harper, Turner and Barker, different sort of upbringing. At the same time, their daughter shows reluctance and doubt towards them and leaving her for a few days.

Its a bit weird that Rotten Tomatoes gives this like a total fail in the 20s or something while IMDB gave it like a 6.1.  Now I’m going to say that I agree with IMDB more because I had a lot of fun with Parental Guidance.  Comedies are those always hard to please the majority of people.  For me, most of the funny worked for me.  There were some that was really over the top and stretching and really nearing rather stupid territory but they always pulled themselves back and I had a decent laugh out of it. Obviously, my grandparents were never like this.  Chinese families rarely have this crazy going on.  They just have strict and more strict and authority and rules.  So this whole thinking for yourself and out of the world nearing irresponsible grandparenting style is above me so all I can do is laugh at it or be completely WTF about it. Point is, I had a good time with this one.  It was family comedy with a pretty sweet ending.  Honestly, I think I’m just going through some weird phase because my eyes water up for anything but that last bit made it just so heartwarming in a way. 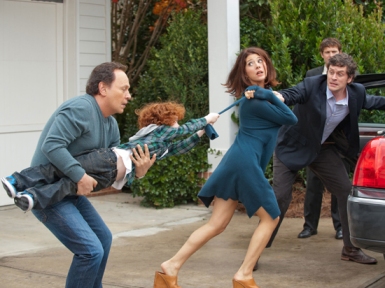 Parental Guidance may be pretty predictable and there really isn’t much special in a story about old  and new parenting differences but I always like the whole family angle.  A former generation thats grown apart but learns about each other more through unexpected situations like teaching grandkids.  Maybe there is nothing special but the cast in Parental Guidance is definitely the highlight.  As  I mentioned before, I’m not well known to Billy Crystal as an actor but I am to his humor.  For me, it still works and he demonstrates it here.  Alongside the very talented Bette Midler, who I adore as an actress and for her humor, they meshed together well.  I didn’t expect anything less actually. 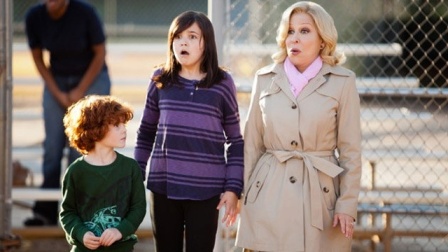 Next, we have the new gen group which includes first and foremost, the daughter Alice played by Marisa Tomei. Now, talking about the most unknown actress in my knowledge would be Marisa Tomei.  I recognize her face and I know some stuff she’s been in but then again, I’ve never actually seen her act.  I think she’s a pretty funny lady.  She has a nice on-screen vibe that I personally enjoy and as this uptight in-control mom role, she brings a little extra spark to it. 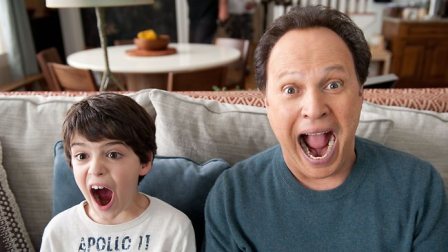 Parental Guidance is about spending time watching over kids so definitely we need to look at the three young actors.  They were pretty awesome! The characters themselves were pretty fun with each their own little characteristics and their own problems.  The problems themselves were pretty realistic as well.  One had her pressure of perfection, future and it made her forget how to be a kid as she was so uptight.  That one was Bailee Madison who is the more known young actor among the three and the one that I like quite a bit.  I remember her in Just Go For It, where she was pretty hilarious as well.  She has a nice range of emotions in her acting so I think she’s pretty impressive.  The two little boys are pretty good because both have the issue of finding their self-confidence: one with the issue of a stutter (Turner played by Joshua Rush) and the other with imaginary friends (Barker played by Kyle Harrison Breitkopf).  Joshua Rush is in the Mr. Peabody & Sherman movie and has suddenly made want to go check that out.

Overall, I had fun with this one.  It wasn’t any that you’ll remember forever or stand out from the bunch but somehow I liked how they approached, as predictable as it was. The cast was great and made me laugh quite a bit.  The little family comedy thing was done in a decent way that I didn’t feel was absurd 85% of the time so thats a great thing 🙂 I’d say if you like Billy Crystal or Bette Midler, this is a good one to check out! Plus, there’s a small role for the Asian dude in Sixteen Candles but in a much older role.

This was a very good recommendation from Dan at Top 10 Films.  I often wonder if people remember themselves recommending these things but the site is awesome so go check it out, subscribe, comment, etc. Its really fun over there 🙂

Have you seen Parental Guidance? What are your thoughts on Billy Crystal and/or Bette Midler?