Alex Raphael runs a fantastic blog that you can check out HERE! I haven’t gotten around to do the Alphabet Movie Meme that inspired him to do this little Acrostic Name Game but I had to do this one ASAP.  He’s been an awesome guy who has been dropping  lots of awards that being the ridiculous person I am, I’ve fallen WAY behind on responding.  Seeing as its all those #FF going around, I figured I’d give him a nice shoutout.  He did his on TV shows.  I’m going to do mine on TV and for those that I can’t figure out a show, I chose a movie.  A little mish mash 😉

Honorable mention for this would’ve been Top Gear (UK)! I like True Blood a lot. I mean, I binge watched Season 1, suffered through Season 2 and fell in love with Season 3 & 4 then got really weirded out by Season 6.  Thats the general recap  of how I felt about it.  Wait, is there only five seasons now? Anyways, I’m lost but I love it for the vamps and werewolves and sex and nudity.  All that stuff, you know? Eric Northman is hot and Alcide is so handsome.  Not such a huge fan of Sookie but thats okay, it always works out in the end 😉 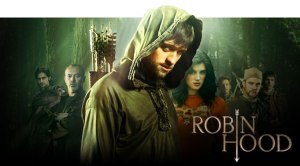 I haven’t completely finished Robin Hood.  I’m about a few episodes away.  I love BBC series a lot and this one was pretty fun to watch. Its not just the guy who played Robin Hood but it also introduced to me the very handsome Richard Armitage 🙂 When I first saw him, he looked like Bradley Cooper but with a bit more charm. Honestly, I became aware of him because of Ruth over at FlixChatter.

The Aristocats is one of my favorite Disney movies.  Its fun and energetic and it features lots of cats.  Everybody does want to be a cat, I tell you.  At least I wanted to be one after this.  Maybe thats why I meow occassionally…*ahem* maybe I shouldn’t have said that.  I just went to another level of weird.

I’m slightly behind with New Girl but I have a mega girl crush on Zoey Deschanel.  I have a developing love for Jake Johnson and the whole supporting cast is hilarious.  I love this sitcom to bits.  I really should catch up with this season 🙂

One of first movies that touched me.  When you give you animals and their bond with their owners and base it on their life (and death), that just tears me apart.  Quill is amazing, touching and so memorable.

I cannot wait for Under the Dome to come back this summer.  Last summer, this one really ruled my world.  It has a fabulous actress Rachel Lefevre and as I saw more of her movies, I saw just how awesome she is.  Plus, the guy in this is pretty cool.  The whole story is intense and mysterious.  I haven’t read anything from  Stephen King so I know nothing of this going in. This show is all sorts of amazing!

One of the movies I saw in Montreal’s Fantasia Festival.  I hasn’t been released anywhere else but it has an older Haley Joel Osment, Gillian Anderson and Rufus Sewell.  Its a sci-fi/time travel mystery.  I was intrigued by it and gave this a chance and it turned out to be surprisingly good.  The concept was very well thought out.  You can check out the review HERE! 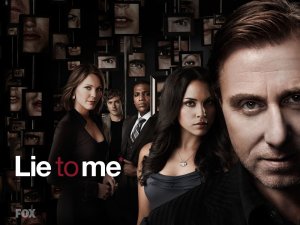 I’m still baffled as to why this show was cancelled because Tim Roth kicks some serious ass as Cal Lightman with his lie detecting skills. There’s a good chemistry between the characters and I love that they add real life snapshots of well-known public figures emphasize their point in the cases that they investigate.  Despite the serious material, they still get in some  humorous moments to loosen the atmosphere.

I only saw this one earlier this year and I ended up buying the two seasons afterwards.  Dollhouse was the first thing that made me acknowledge just how talented Joss Whedon is.  I binge watched this and finished both seasons so fast and I was obsessed with not only Eliza Dushku and Tahmoh Penikett but totally fell in love with Topher played with Fran Kranz.  As much as its about giving people what the clients ask for, it takes a play on the end of the world and the double-edged sword with tampering with God-like technology that manipulates human nature, desires and morals. 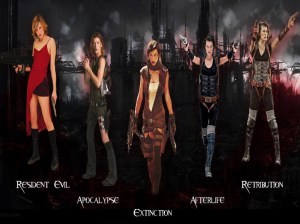 Resident Evil and all its movies are my guilty pleasure.  Its simply a fun and entertaining shoot ’em up zombie flick.  I look forward to the new one coming out this year (I think).  Maybe no one anticipates a lot but for me, Alice is my absolute favorite movie character.  I even disguised as her for Halloween two years ago 🙂

I just realized that I have a lot of new series on here.  Anyways, I like Elementary. It came as a surprise to me because I’m not particularly a huge fan of Lucy Liu but I found her really good.  Plus, the whole Sherlock in New York with Watson turning into a woman modernizes this classic.  For me, it works out good 🙂

Music has helped me through a whole lot of stuff and August Rush is one of those movies that touched me.  Maybe not a lot of people like it.  I know my boyfriend didn’t.  There’s just something really magical about the whole story and I can relate to it in some ways.  I actually wrote a post about it a good while back and you can check that out HERE.  I just love the music and everything. 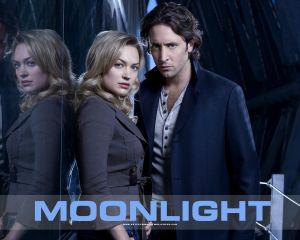 Another series that got cancelled after only one season.  I thought it was a really good one also.  One of the better vampire series I’ve seen at least.  It made me fall in love with Alex O’Loughlin also. Its only one season and I actually think its time to revisit it 🙂

Another Sherlock Holmes modernized version! As much as I like Elementary, there is something about Benedict Cumberbatch that really makes this one stand out and I like the guy who plays Watson also. I need to start Season 3!

Whew!! That was actually kind of hard to put together. I originally wanted to use just TV series but figured that after Q turned out to be super hard and I modified it to part TV and movies.  Not too bad, right?

Now that I’ve done it! Go ahead and make one of your own! It can be any list as long as its with your blog name! I shared the link up top on the instructions that Alex gives.  Be sure to check out his awesome blog and join into this fun game. I’d love to see what you come up with!

This blog was supposed to go up on Friday but I guess somewhere in the world, some place is still Friday, right? I have some exciting stuff to announce over the next while.  First one will be probably over this weekend since I didn’t get something for today.  Remember to check back, ok?