Saturday mornings, bad weather and all apparently lead to me making weird choices.  Its not really a movie but it was still on Netflix so I guess its considered a show/special, whatnot. Lady Gaga and The Muppets Holiday Spectacular was something that fit perfectly into my schedule.

I’m not a huge Lady Gaga fan but I’m not a hater.  I think she likes to stand out in her own awkward way and plus, this was pretty much a cross promotion of Lady Gaga’s new album Artpop and The Muppets upcoming movie.  Its like a little concert with a few guests from Elton John, Kristen Bell, Joseph Gordon-Levitt (Yup, you read that, right?) and RuPaul.

I have to admit that I really enjoyed this. One of the best parts was that I acknowledged that Lady Gaga does have a fabulous voice, very strong and pretty great.  But her performance was pretty funny because she made some weird expressions.  My boyfriend thought the same thing so I’m not being picky.  The Muppets was really around to help out with the comedy with some random sketches. 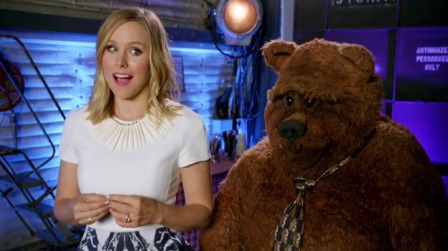 BUT, note one thing, with Lady Gaga and her costumes, this one is definitely NOT for kids.  Do not watch them with children.  Don’t let the Muppets fool you. However, the musical content is quite good.  I like her new album. It has some catchy tunes and some nice songs.  On top of that, JGL was part of the guests and they did a reverse roles version of Baby Its Cold Outside.

JGL is handsome as always and thats already good enough for me 🙂 An expected part of this!

Overall, it was a fun little show with a little bit of Muppets and some good music.  They added a few dashes of Christmas and some funny and others, sweet moments.  🙂