Nanowrimo has started for a week now.  Surprisingly, a lot of my life has been consumed with it.  I can’t help but to be drowning in my own story.

On Thursday, I had a moment walking to work where my mind was still waking up and I found myself feeling like my character in my story.  Weird feeling, ladies and gents.  I pulled myself out pretty quickly but thats what happens when you have to cough up 1666 words a night, I guess. I usually aim for more.  It also marked the first day I had to stand on the way home and scribble in the upright position while balancing myself.  Probably didn’t look too elegant 😉 Still extremely efficient.  That fell apart when Friday came around and I was a full day behind and haven’t been able to catch up.  Right after this post, thats what I’ll be doing until I pass out from fatigue.  The pacing is alright in my book. With almost 12,000 words in the bank,I’m already pretty proud of myself especially since I’m using this Nanowrimo to experiment with some new stuff: a new genre (*ahem* romance) and third person narration (usually I just do first person).  Challenges all around! Another update next week!

Plus, I have my whole workout challenges that I’ve set in place and those will be more in detail on Monday’s post 🙂

One of the highlights of this week (and maybe a bit sad and cold realization) is that winter is sneaking its chilly arms into Montreal.  Snow is expected soon and its been getting cold.  Even the first of my Christmas cactus have started blooming. 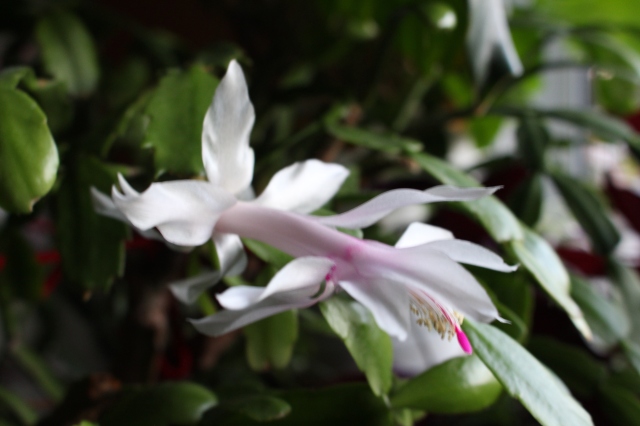 I probably sounded like a crazy lady when I leaned over and had a heart to heart conversation with it about how they were blooming a bit too early.  Christmas is more than a month away, no? But then, the only witness was my cat looking at me through the plants by the window.  Although her main focus wasn’t me, which has lead us to focus a lot on bird-watching.  I actually say in one week, the abundant robins but also, one Blue Jay and an red cardinal. I haven’t seen one of those in so many years.  Imagine my excitement! 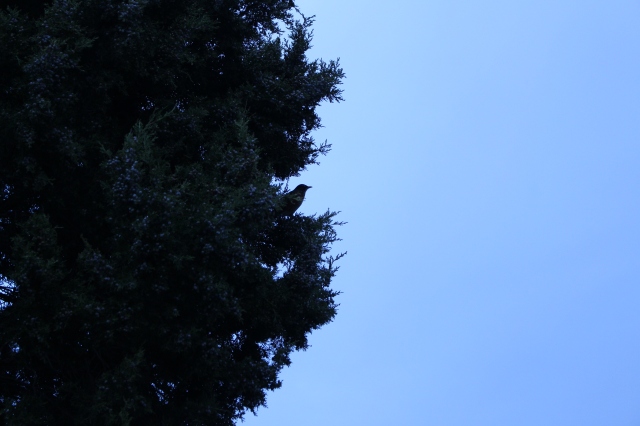 Another from last weekend that I forgot to mention in the last personal update was that I made another batch of those awesome Peanut-BETTER Gingersnaps! That recipe just total rules! If you missed it before, check it out HERE! This time, I made it for the Halloween party and I believe I made the best batch so far.  They were the perfect size and shape 🙂

There was another reason why my word count dropped on Friday.  I tried to write as much as I could but I was out pretty much from right after work till midnight with my best friend.  We went for a delicious dinner at our normal hangout, Les 3 Brasseurs and shared a pitcher of Sangria. Those look even nicer in the pitcher than in a glass. Plus, I finally had my fix of BBQ ribs that I’ve been wanting to eat forever! 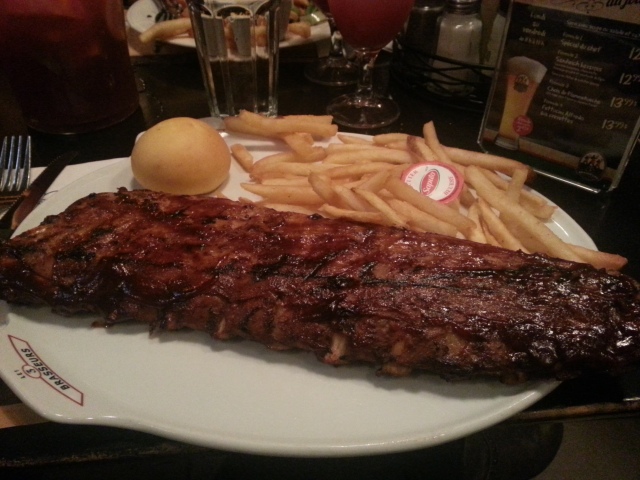 After that, we made a late decision to go do some long-awaited karaoke just the two of us! I did make some recording but I’m a tad shy to post it up.  So if you ask, maybe I’ll put it up in a separate post, or I’ll whip something up at home, of course, my system is not as awesome but I do have the gear. 🙂 It was really fun and thats what counts!

I ALWAYS leave the best news for last, right? You already know from the title but I attended a book launch this afternoon of an awesome girl friend that I’ve mentioned on multiple occasion and also a dear blogger, Day’s Lee! She did her official book launch for her young adult novel, Guitar Hero at a cute little bookstore called Babar Bookstore in Pointe-Claire.

Her books, Guitar Hero on display on top of a fireplace

Signing books for attendees of her launch 🙂

Day’s offered us some very delicious snacks and in addition, she made the almond cookies.  They are pretty awesome. She actually posted up the recipe the other day, check it out HERE if you want to give it a shot! There’s no milk in almond cookies so I could have it. YAY! You rule Day’s! 🙂

My own signed copy! 🙂

I’m all for supporting my friends plus Day’s is my inspiration (she probably doesn’t know that).  She reminds me that no matter how hard it is, its perfectly okay to pick up our courage and follow our dreams.  A huge congrats to Day’s! I’m going to review the book in December (in case you were wondering).  I’ve already read it once before it was released last year but I’m not sure if she fixed anything, so I’m going to read it a second time.  I urge you to give it a shot.  Show her some love! 🙂

This week has been pretty eventful.  Since I’ve taken up enough of your time (and well, my novel is calling out to me), I’m going to leave you with some music that I’ve loved this week!

Who is tempted to watch some Pirates of the Caribbean now, eh? 😉

This is my thoughts right now! 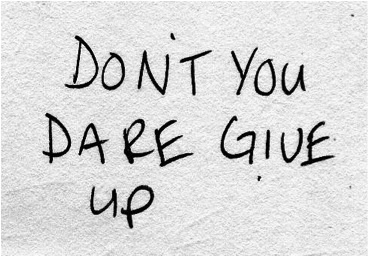 If you want some more reading, I actually wrote a post about something similar to encourage my writing in Nanowrimo the first year, it helps me till now (not so much the first time).  Its right HERE! These 300 reminds me to keep going!

Have a great rest of the weekend! 🙂

12 thoughts on “Adapting to a New Pace & Attending a Book Launch!”