Next up in the recommendations was after my review of Gone Baby Gone from Tyson at Head in a Vice to check out The Killer Inside Me. 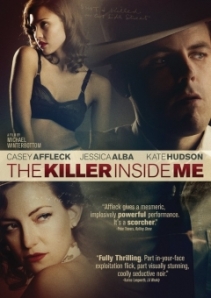 West Texas Deputy Sheriff Lou Ford (Casey Affleck) is asked to evacuate a woman, Joyce (Jessica Alba) due to her involvement with the powerful man Chester Conway’s son, Elmer.  Little did he know that she would attract him and drag him into this mess, causing him to show a hidden serial killer self.  As he pulls himself out of the situation, Joyce and Elmer both dies.  DA Howard (Simon Baker) is sent in to investigate.  Lou has to try to continue on as he usually does despite all the suspicions cast on him and put on a facade especially in front of his girlfriend, Amy (Kate Hudson).  As things get more serious, he starts to lose himself bit by bit as he tries to keep the situation from spiraling out of control.

I have no idea how to write this synopsis.  The Killer Inside Me is a decent movie.  I did find it a bit slow in the beginning but it is an attractive little movie because of its cast and the charming music they use in the background that really helps set the mood.  However, something didn’t click for me in the beginning of the movie.  I don’t really know what, maybe some connection was missing and that had me a little less engaged in the first half of the movie.  Maybe after the review, I’ll see it a bit more clearly. 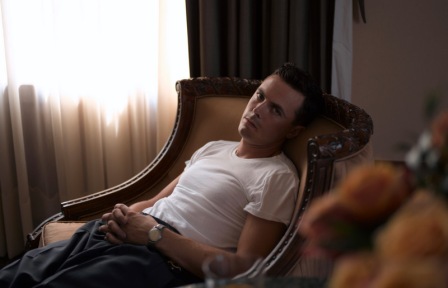 The best thing about this movie has to be its cast.  First off, we have Casey Affleck as the main character Lou Ford.  In the beginning of the movie, his character seemed a bit boring and empty but as the movie progressed, you can tell he was seriously out of his mind.  The expressions he makes in his quiet tone of voice is so creepy and deep.  His sexual encounters with both the lovely ladies, Joyce played by Jessica Alba and Amy played by Kate Hudson was pretty hot and steamy and downright passionate.  Quite a convincing act but even through that we saw the “killer inside” that was leaking out.  The mystery of his character was what made it very intriguing to watch.

The movie does have a lot of style and visually, the shots of the area are pretty nice to watch.  The scenes are well- balances and attractive to the viewers.  The only thing that I didn’t really get was the story itself.  I understand what they wanted to do and how it was about Lou Ford losing control of that killer inside him and his deep dark secrets.  Casey Affleck did a fantastic job with that as mentioned in the previous paragraph.  The only issue I had was the fact that I felt this story was going in circles.  It just kept doing the same thing over and over and in a really slow way.  There were parts in the middle that I was just bored.  I had to split this movie in half and I usually don’t do that.  Maybe its because this movie had something more profound to think about, I don’t know.  I never really understood why he did any of it.  Was that the point? To show that he was just a crazy unrational cold-blooded killer in the first place? 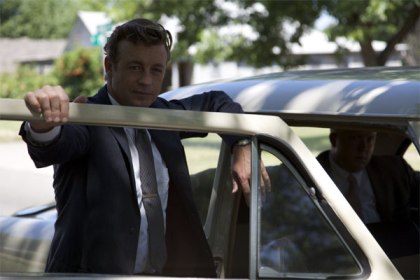 A lot of questions are still going through in my head about this movie about the plot.  Maybe thats whats missing…the motive for all this and what means it was to obtain? I probably just need to watch this again.  That aside, this movie was packed with a bunch of awesome actors aside from the main ones.  We have Simon Baker in the role of the DA and he is totally awesome! Maybe its because I already like him as an actor a lot so he impressed me.  There was also an appearance from Bill Pullman.  Although he’s somewhat changed from when I last saw him (aged a bit), he was a nice addition.  Oh, and I was happy that Liam Aiken (the kid from A Series of Unfortunate Events) was in this also.

This movie is a bit confusing for me.  I will recommend it if you want to see an outstanding performance by Casey Affleck.  If you want a movie with style, this also has a lot of that.  The music really does mesh well with it, making it quite an enjoyable experience.  I just can’t help but feel like I’m missing something from the plot.  Maybe I need to pick up the novel and read it to fully understand better what was really going on.  Or maybe, there was a storyline setup that didn’t work out too well.  I can’t help but think that the script/story could’ve been just a little stronger.

Thanks to Tyson for this very mind-boggling movie experience.  I haven’t had one of those in a while.  Check out his site with great movie reviews and his awesome Desert Island segment 🙂 I linked his site on the top when I first introduced him.