I’m sorry for the back to back reviews.  I watched this on the weekend before Fast 6 (but I wanted to get that one out first).  This one has been sitting on my shelf for a while.  I bought it because its a musical but I also was reluctant to see it because I have zero confidence in Christina Aguilera’s acting.  Somehow, watching Mamma Mia made me want to continue on with musicals and I figured I might as well continue working on the unseen movies in my shelf before it grows anymore 😉 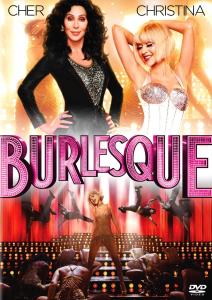 Iowa girl Ali (Christina Aguilera) wants to do more with her talents and heads out to Los Angeles.  There she spontaneously walks into Burlesque Lounge owned by Tess (Cher).  Through the recommendation of bartender Jack (Cam Gigandet) and her own perseverance, she gets a job as a waitress there.  However, her dream is to be on stage dancing.  In the meantime, the club is under the danger of being foreclosed due to not being able to pay their mortgage.  Tess needs to figure out a way to make up the money by the end of the month, if not, she will have to possibly consider selling it to persistant millionaire Marcus (Eric Dane).  At this time, when one of the dancers Georgia (Julianne Hough) gets pregnant, Ali gets the chance to replace her at the dismay of another dancer, Nikki (Kristen Bell).  It is this chance that Ali shows that she not only can dance but she can sing also.  Can she save the club from closing? 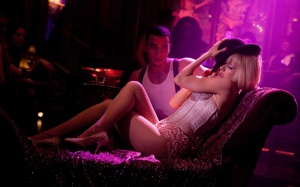 Let’s just start by saying that I didn’t hate the movie.  It wasn’t something I wanted to kill myself to get through.  For one, as a musical, it felt like I was watching a Burlesque style Christina Aguilera concert for a good part of it.  I think she has a great voice so I’m cool with that.  Plus, the grandiose of the Burlesque dancing numbers were fun to watch.  Cher had a few singing opportunities as well and I’m cool with her as well.  Singing and dancing plus a group of attractive girls really helps this movie. 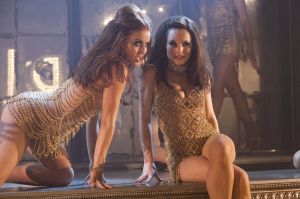 Plus, Christina Aguilera is surprisingly a decent actress.  It was refreshing to see her on stage.  I would choose her over Justin Timberlake, even if she only has this one in her filmography.  It wasn’t an incredibly hard movie to act I would suppose though.  She was working with Cher, who I’ve never seen on screen either.  However, they are helped with a few actors and actresses that I like.  Eric Dane playing Marcus was great.  I always like a little bit of McSteamy in the mix 😉 Stanley Tucci always does fantastic at the role of a background makeup/clothing stylist.  He did a similar role in Devil Wears Prada. Peter Gallagher is great as Tess’s ex-husband who freaks out over the finances.  I’ve always enjoyed him on screen. 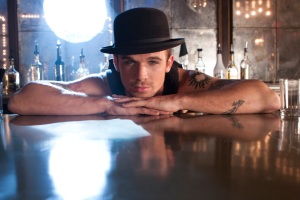 How can something like this be without some form of a love story, right? Jack played by Cam Gigandet is the guy here. I first saw Cam in the OC and I fell in love with him and his character, maybe its the bad boy things he had going on.  After that, he appeared in Easy A and I absolutely adore that movie, mostly for Emma Stone but you’ll see soon that my next movie made my  Sunday into a Cam Gigandet double feature. He’s decent and he had some funny moments.  Plus, his chemistry with Christina Aguilera was pretty fun. 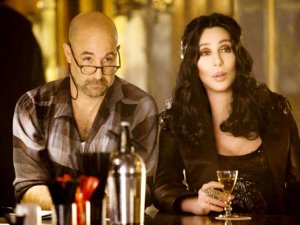 This was an average movie.  Although it is predictable (and boring at times), it offers some beautiful singing with the talent of Christina Aguilera and some fun dancing from a group of pretty girls like Kristen Bell and Julianne Hough.  It has a decent supporting cast and could be enjoyable if you are attracted to the Burlesque atmosphere that it brings. 🙂