I didn’t really research any restaurants before I left for Burlington with the girls.  All I knew was that I was in for a fun and relaxing weekend and left it up to my awesome friends.  Of course, they did their homework and they also knew what they wanted to do.  One of them gave me a heads up that she wanted to go eat at a diner.  I’m alright with that.  I’ve never eaten at a true American diner.  She suggested to this one, which is really close to our hotel, relatively speaking, its like in our backyard.  Of course, the main reason wasn’t how close it was, she told me that apparently former US president Bill Clinton, while he was campaigning in Vermont, ate there every day. How’s that for a fun fact? I never double checked that fact so if its wrong, its not intentional, feel free to correct me. 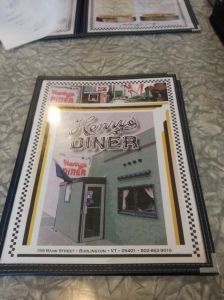 So after we went back to the hotel after Panera Bread, we found everyone awake and functional, so we decided to head over to grab our brunch.  *ahem* I already told you that this trip was about pigging out.  We also use these meals to figure out the plans for the day.  Henry’s Diner had a wait time of about 5-10 minutes where we had to wait outside and enjoy the nice spring weather (which was lacking in Montreal).  During this time, we stood and looked at the  Easter Weekend Menu. 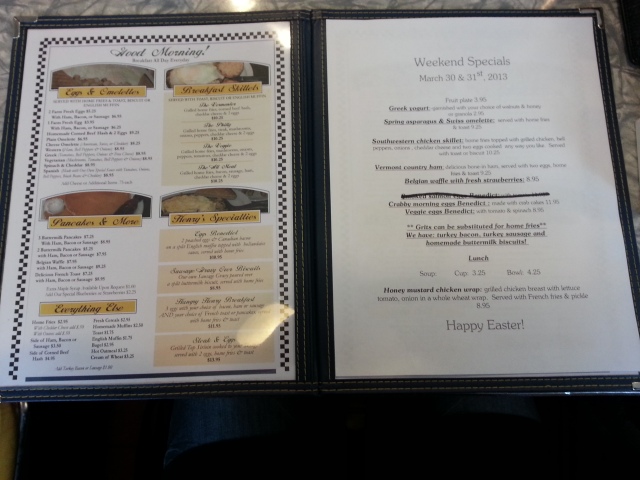 After we sat down, we had a bit more time to reflect on the menu to see what we wanted while observing the size of the plates. I decided to order Vermont country ham. 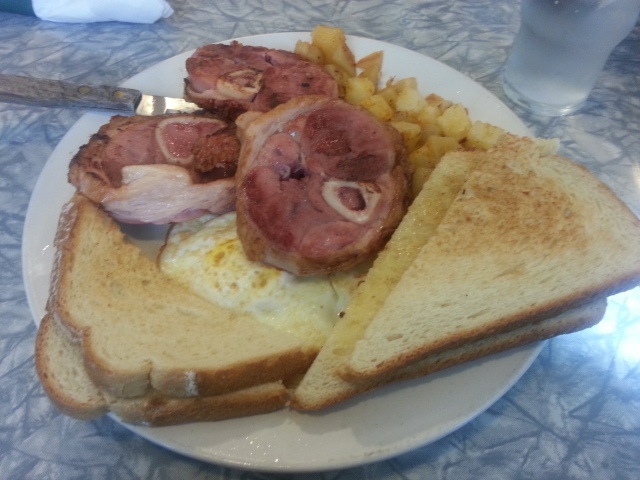 Other than not really digging the potatoes, this plate was totally delicious.  I managed to eat everything and was super full from it. If there was just two bone in hams pieces, then it would have bit a lot more manageable 🙂 Still, it was really good! 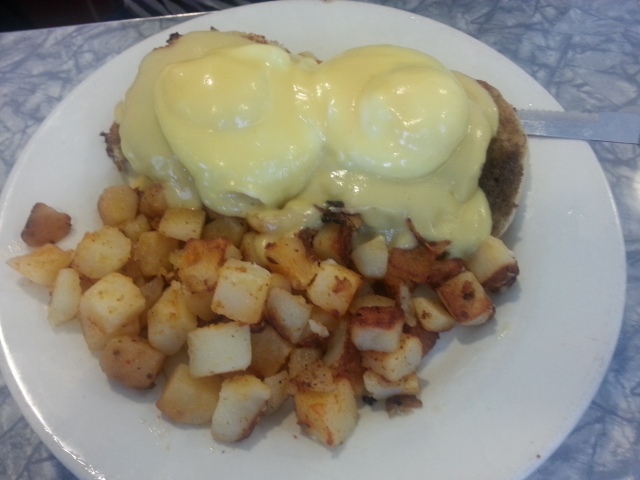 One of the girls took this and this one has crab cakes under the eggs.  The only issue she had was that the poached eggs aren’t supposed to be runny but these were a bit undercooked.  However, there were no other complaints so I assume it was alright. A very original take to a traditional dish, I’d say, no? Or do other breakfast places do this? 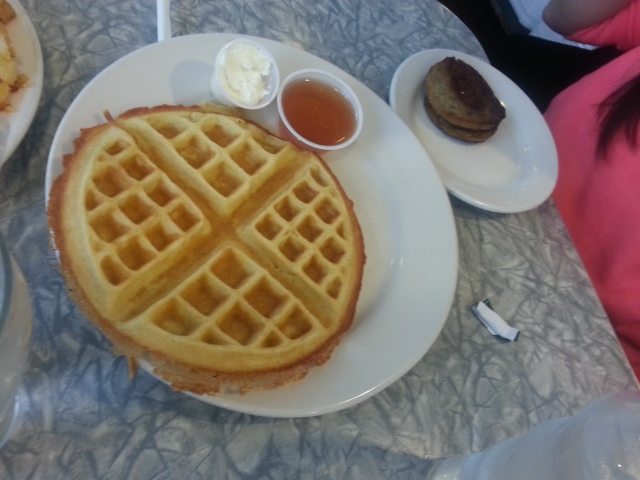 Next up, one of the girls got a lighter meal which was waffles with two sausage patties.  No complaints here either and I think, the sausage patties were a new experience for her, which is always fun 🙂 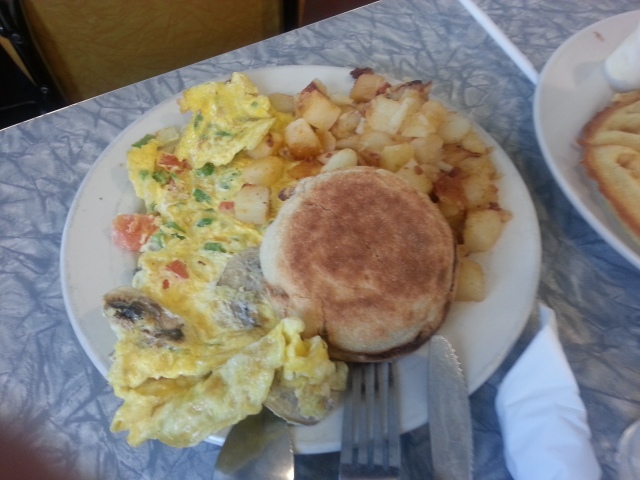 Looks delicious, right? I think my friend who took this enjoyed it.  Although we were all hitting our threshold for over eating.. haha!

We almost wanted to come back for another meal.  Henry’s Diner is extremely delicious. The service was pretty decent and the wait time wasn’t too long.  Its a cute little diner and I found it fun.  The first place that made me want to test out my self-portrait function with my phone while waiting for the food. 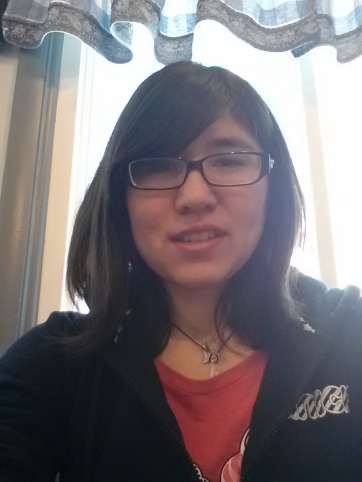 Do you have any cool diners near your place? Suggest away! It’ll give me new travel ideas 🙂

This really makes me think about checking out all those cool places that Guy Fieri checks out in his show that we were watching on this trip..haha!